If you're in the market for a good deal on a mid-range tablet... well, Samsung's Galaxy Tab A series is actually not a very good choice. Between lackluster specs (especially that 1024x768 screen) and a relatively high retail price, it's a long way away from being any kind of deal. But when Samsung overprices its tablets it usually doesn't take very long for market forces to get retailers to drop the price a bit. Such is the case with one eBay merchant, now selling the 9.7-inch Galaxy Tab A for just $214.99. This deal is available in the US only.

Exactly how much of a discount that is isn't clear. For one, this is an open box item, described as in the original packaging, though the box may be "lightly distressed." It comes with a one-year warranty, much better than the 90 days usually offered with refurbished items and the like. Second, this is a 32GB version of the tablet, which doesn't seem to be on sale at any American retailers (including Samsung's online store), so it's hard to say how much you're saving off of the retail price. For the sake of comparison, the 16GB non-S-pen model has an MSRP of $300, and Amazon merchants are currently holding at about that price. Let's just guess $350 and move on. 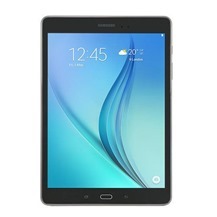 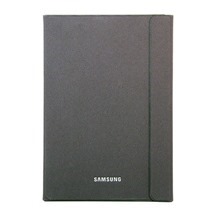 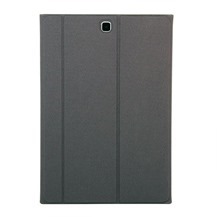 Thirdly, the seller is including a first-party Samsung book-style case/cover. I've had the chance to try out Samsung's first-party cases before, and they're top notch... if not quite worth the $60 asking price. So all together, if you were able to buy this tablet and case combo brand new, you'd probably be looking at a total somewhere in the $410-420 range, making the $215 asking price on eBay a relative bargain. Buyers get free standard shipping (unless you live in Alaska or Hawaii), and you can skip the sales tax unless you live in Washington state or (oddly) Indiana.

So, is it worth it? $200 is at the bottom end for a name-brand, 10" tablet, and the non-screen specs (Snapdragon 410 processor, 2GB of RAM, MicroSD card slot, 5MP rear camera, 6000mAh battery - note that this appears to be the model without an included S-pen stylus) are acceptable if not exciting. It might do.

YouTube 10.35 Adds Option To Clear All Offline Videos And May Soon Enable Automatic Sync For ...