The story in Hotline Miami 2 wraps around the original game, encompassing events both before the mysterious phone calls begin and after the nameless protagonist of the first game kills off the final boss. If you're a fan of the drug-addled and hallucinogenic story from the first installment then there's more to bite into here, but I imagine that most players are only interested in the bloody gameplay. The top-down precision melee combat and gunplay is intact, with new characters and masks adding in some variety plus a new ultra-hard mode for true masochists.

Most of the recent games from publisher Devolver Digital are only for the SHIELD series of devices, and in the case of titles like Hotline Miami, Luftrausers, and Titan Souls, that's a real shame. Their relatively simple graphics mean that they could be played on more or less any modern Android phone or tablet, even if the developers only allowed play with an external controller (which is the case here). That being said, Hotline Miami 2 is half the price of the original at $5, which is a pretty good deal considering that the Steam version goes for three times as much. 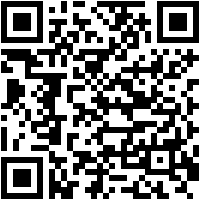