Welcome to the latest entry in our Bonus Round series, wherein we tell you all about the new Android games of the day that we couldn't get to during our regular news rounds. Consider this a quick update for the dedicated gamers who can't wait for our bi-weekly roundups, and don't want to wade through a whole day's worth of news just to get their pixelated fix. Today we've got a game about killing adorable fuzzy creatures, an online mech-battler, a new Noodlecake platformer, an old-school strategy game, a jigsaw puzzler, and a ping pong twitch game. Without further ado:

Seldom do games get so specific in their titles, but Cute Things Violently delivers what it promises. It's a platform/puzzle game that tasks the player with getting a bunch of Tribble-style critters across levels filled with buzz saws, fire, lightning bolts, explosives, and other stuff that will gleefully murder them. You'll have to experiment with gadgets and physics (and kill many, many adorable puff balls) to complete 48 levels. The game is $1 with no in-app purchases.

Hey kids. Do you like failure? Are you suspicious of success? Do you smile at the thought of "accidental" electrocution? Then boy have we got the game for you. Introducing: Cute Things Dying Violently, a game where nothing bad happens. CTDV is all about hapless Critters, and the Critters need your help. Launch them around to get them safely out of each level. Dodge all sorts of lethal goodies like spikes, buzzsaws, and fire, and use a variety of wacky items to pull it off. 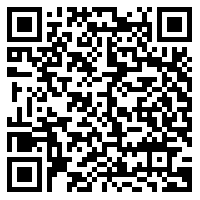 Walking War Robots isn't exactly original - it's borrowing quite a lot from the MechWarrior series, with a third-person perspective and mobile controls thrown on. But as a high-end, team-based online multiplayer mech game on Android, it's also fairly unique to the platform. Graphics are good and gameplay is fast, but the game does suffer from a freemium setup that will almost certainly ensure that you're outgunned by players willing to pay. Upgrades and mech customization form the core part of the game's progression.

Participate in epic, explosive multiplayer robot battles in Walking War Robots. Pilot a tough, towering battle robot and join the fight with your armored goliath to crush anyone who dares stand in your way. Team up and own the battlefield in 6vs6 domination challenges. Do you prefer to take out your enemies with long-range cannons, drive straight into the fray with short-range machine guns, or raid into enemy territory? In Walking War Robots, the choice is yours.

Noodlecake's latest retro-inspired game is more about twitch platforming and puzzle solving than all-out action. You play a... blob... thing, which can make it across at least some of the levels on its own, but takes over humans like a Futurama brain slug to gain new abilities. $1 gets you 60 levels and some really tight on-screen controls - the developers made the very well-received League of Evil series.

Get ready for a fun puzzle platformer created by the award-winning studio Ravenous Games. As the INFESTOR you need to reach the exit in each level by taking over your enemies and controlling their body. Each human has a special ability associated with it that you will need to take advantage of to overcome obstacles. Features: DefCom TD is a simple game that borrows a lot from older real-time strategy titles like Command and Conquer. There's no multiplayer and the tech tree isn't deep - it's all about survival versus computer opponents and gathering resources. Stages and enemies are randomly generated, so even with the relatively simple setup, there's plenty of fun to be had. It's $1 with no in-app purchases.

DefCom TD is a simple survival game with tower defense and real-time strategy elements. Action is going on a randomly generated map, where player should build his base, gather resources and defend from endless waves of enemies. Features: Armor Academy Shape It Up!

This is basically a free-form jigsaw puzzle: place triangles, rhombuses, circles, and other shapes on the board in the right combination before the time runs out and beat the level. It's not particularly complex, but if you're a fan of spatial challenges it should offer up some good fun.

Train your brain everyday with exciting yet challenging shape puzzles. With tons of levels to beat and numerous achievements to unlock. Beat your own high score and be the best among your friends. Armor Academy Shape It Up. Is a game that will train your brain and dexterity to its fullest. You have to identify and choose the right shape to complete the puzzles within the time limit. Solve the puzzle as quickly as you can gain extra time and beat your high score. Remember that ping pong montage from Forrest Gump? SkillShot is basically a minimal game version of that. The twitchy levels are all about timing and finding the correct angle to keep the ball going against a shifting backboard. There's not much more to it than that, though SkillShot does include an online leaderboard system. A $1 in-app purchase removes advertising.