If there's one thing to say about NVIDIA's support of SHIELD devices, it's that they're doing a pretty dang good job of constantly pushing enhancements to all three devices - SHIELD Portable, SHIELD Tablet, and SHIELD Android TV.

And today, two of those are getting updates of their own, with a minor update to SHIELD Portable and a slightly larger bump for SHIELD Android TV. Let's start with the former. 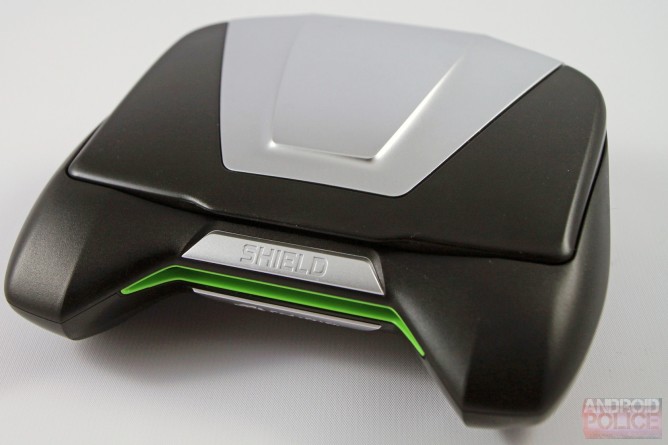 SHIELD Portable is currently receiving upgrade 106, which brings a few rather minor - but still useful - enhancements:

This update contains button functionality fixes and security improvements, including:

If you missed the start button from KitKat, it's back. That's good. 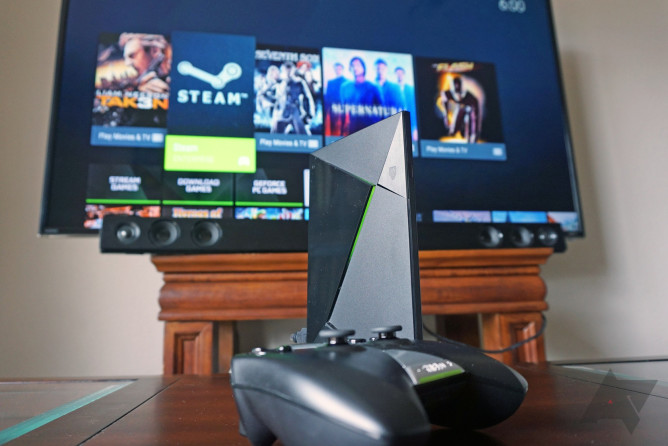 SHIELD Android TV, on the other hand, is getting a slightly more significant update, which is upgrade 1.4. It brings support for several new apps and games: 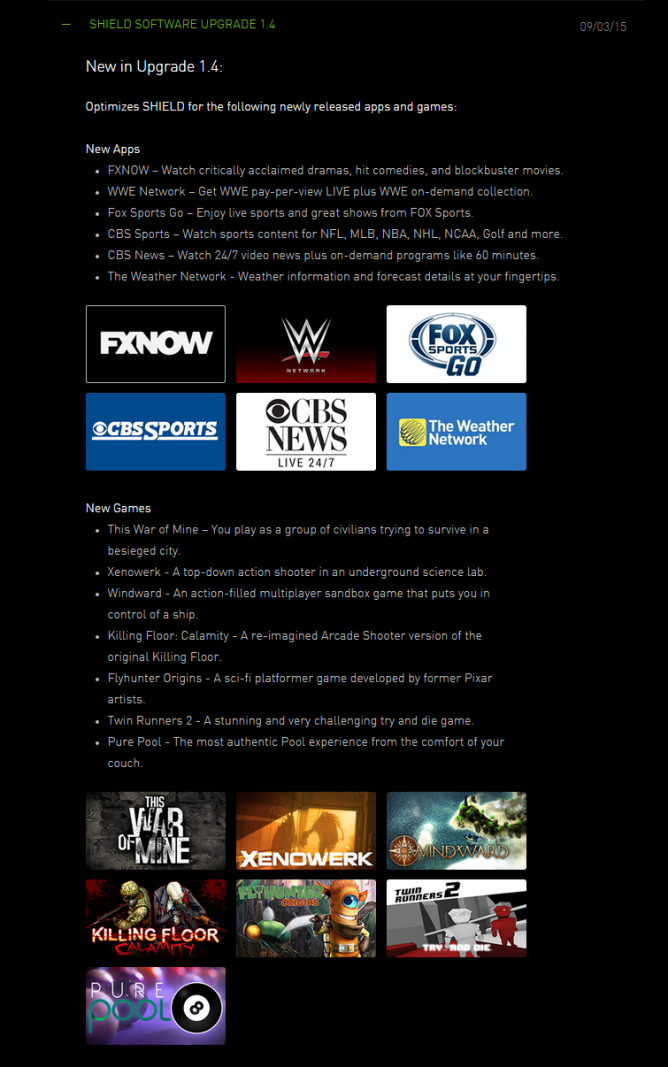 That's quite a bit of stuff, eh? Both updates should already be rolling out to their respective devices, so if you haven't already gotten the notification, it should show up shortly.