Have you ever wished you could be alerted when you're driving before you reach dangerous intersections? It doesn't hurt to be extra cautious, look in all directions, and be prepared when you're about to cross an intersection where accidents happen more frequently than in other parts of your city, does it? That's why Waze is introducing a new alert feature in 5 major US cities: Boston, Los Angeles, New York City, San Francisco, and Washington D.C.

Waze uses its own previous data as well as that officially received from the 5 cities to determine the intersections with higher risks of collisions (vehicle to vehicle, bike, or pedestrian) or injuries. It'll then let you know via an overlay so you can take more caution when you're there. 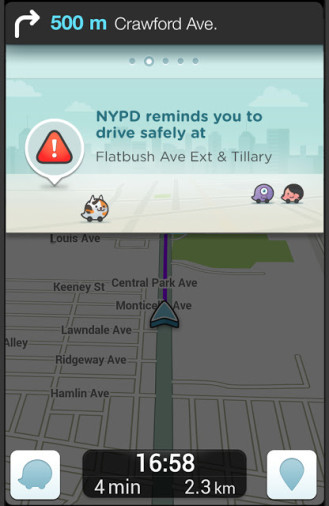 The next feature introduced in Waze has been available for a couple of weeks but was just brought to our attention by reader Eduardo. In Sao Paulo, the city has implemented a rodízio system to limit traffic during rush hours (7 to 10 am, and 5 to 8pm) where cars that have a license plate ending with a specific number can't drive in a large chunk of the city on certain days.

Waze didn't previously take these restrictions into account, routing drivers into sections that are forbidden to their cars and where they could get tickets. That irked a lot of Waze users who asked (1, 2, 3, 4) the team to implement an option for avoiding these areas when coming up with routing options. And now the app has added the feature. By heading to Settings, Browse, Vehicular Restriction on the road, users can feed the last digits of their license plate to Waze and the app will use that information to help them navigate around the restricted areas. 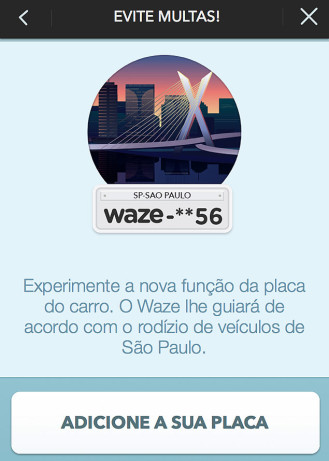 Many other cities in South America and all over the world have a similar license plate-specific restrictions, but Sao Paulo is the only one supported in Waze for now. It may be that the team is testing this feature before implementing on a larger scale.

If you don't have Waze installed yet and want to give it a try in Sao Paulo or any of the 5 US cities mentioned before, grab it from the widget below.

Huawei Watch Pre-Orders Are Live, Here's Where You Can Get It