Google Keep just received a relatively light update, bringing it to version 3.2. This one doesn't bring much in the way of major functional improvements, but there are a couple of things worth noting. There are brand new welcome images to help new (and possibly existing) users figure out how to get the most out of Keep. The apk has also lost a little bit of weight, and it's now ready for the new Android M permission model. 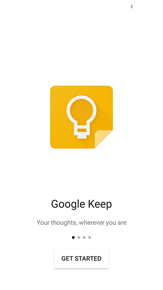 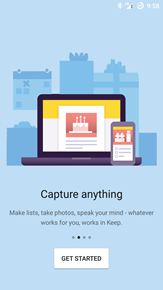 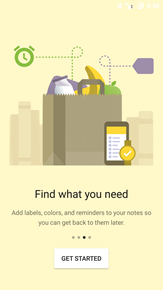 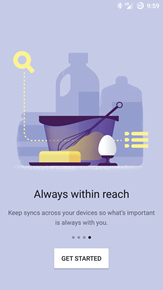 We've grown accustomed to the "warm welcome" screens on most of Google's lineup of apps, and now Keep has a set of its own. There's obviously not much to say about these, but they make a minor departure from the typical welcome screens with the use of a fairly muted color palette. Whether you've already run Keep on your device before or this is your first time, you'll see these once after v3.2 is installed.

The Keep apk is also a bit smaller than in the past – it has lost about 1.2 MB since its last update. After running a teardown of last month's release of v3.1, I sent in feedback to let the Keep team know about a file that could be removed from the app. The file was an earlier version of the micro-apk that runs on Android Wear. The old version had been accidentally left in the /assets folder after a new version was added to the /raw folder, which is now the conventional location for Wear apks. (Here's an explanation for the change.) Since the old Wear apk was no longer in use, it could be removed. The Keep team was very quick to respond and promised the next release would be smaller, and here we are today with a lighter app. Thanks!

Finally, a teardown of the Keep app reveals signs of support for Android M's permission model. The three groups are: microphone, contacts, and location. They should come as no surprise, and now you can expect to see prompts for these some day in the future. They are, of course, the warning messages you'll see for declined permissions, and won't show up if you allow access to Keep.

Verizon Updates Its Corporate Logo, And It's Fine