There's finally an official Pokémon game on a mobile device, and that's great. It's just... well, it's not the game that everyone really wants. Pokémon Shuffle is a matching puzzle game with hefty in-app purchases and a timer system. It was released in geo-restricted beta a week or two ago, but now it's live for everyone. Maybe if we give them enough money they'll release a proper Pokémon game? 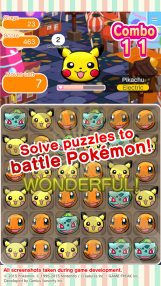 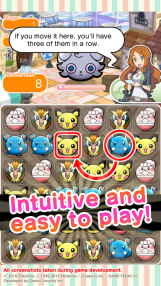 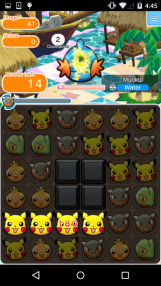 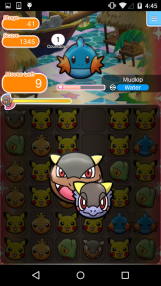 Pokémon Shuffle is basically a tweaked version of Bejeweled with Pokémon content retrofitted on top. You attack the opponent's Pokémon by matching your own in the puzzle occupying the bottom section of the screen. You can actually reorganize the Pokémon however you want to get a match, even dragging one of them clear to the other size of the puzzle. You have a limited number of moves, so your goal is to trigger as many combos as possible.

Each battle costs you a heart, of which you have five total. One of them regenerates every 30 minutes, which seems too long to me. There are also currencies that can be used to buy power ups prior to a match. You can pay real money to speed the process along, with transactions topping out at $80. Look, this is going to be a popular game, but it's only kind of about Pokémon.