Nextbit comes from the minds of former Android employees Tom Moss and Mike Chan, along with former HTC designer Scott Croyle, who led the team that brought us the HTC One M7 and M8. Robin's design, if nothing else, is unique. The phone is rectangular with sharp corners and pastel colors. Though with the inclusion of a black border around the screen along with speaker grills at the top and bottom, you can see some lingering aspects of HTC design. 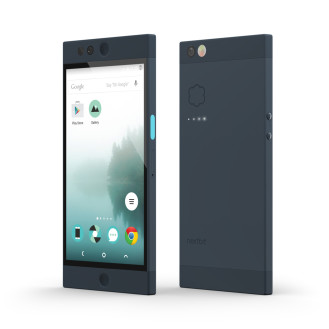 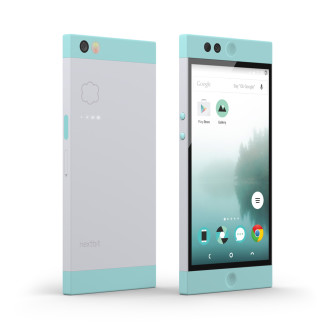 A cloud on the back paired with glowing LEDs show Nextbit's primary focus—to produce a cloud-first phone. Think Chrome OS for Android. The device may come with 32GB of storage, but that shouldn't matter, because things will seamlessly shift to the cloud when room gets low. Nextbit will supply 100GB of its own proprietary storage space to each user. The four lights on the back show whenever Robin is connected and syncing to the cloud. 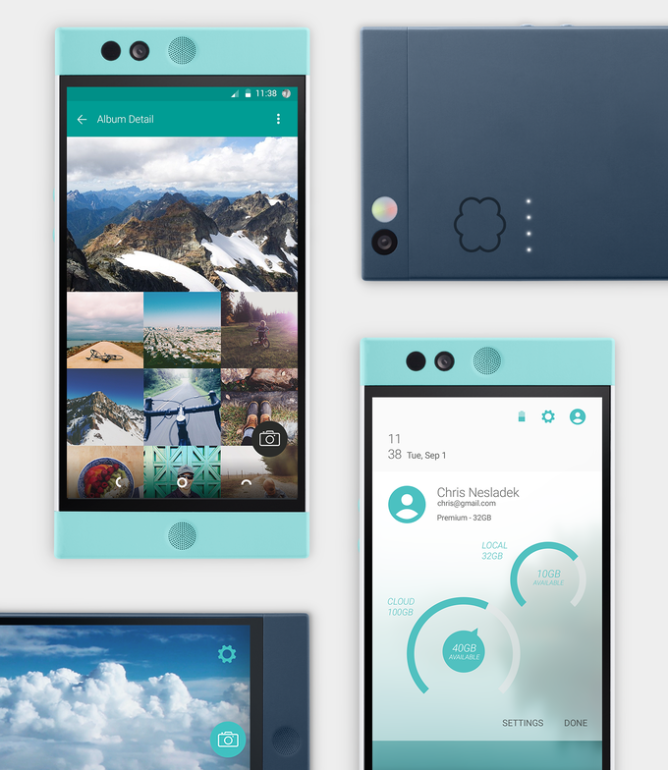 Here's how things work in practice. When you get close to running out of space, Robin starts removing APKs from your phone. This way you don't have to stop and manually delete things when your memory runs low while recording a video, for example. The app icons are left behind, but they're grayed out. If you tap on one, it comes to life and redownloads the APK.

As for Photos, well, that's more tricky. The phone will upload images when you're on Wi-Fi and remove the local copy, but it does keep a smaller version around in two locations: the gallery and the recent documents view. Any other apps will not see the files and consider them deleted.

When you go to attach an image to an email, the phone will redownload the original photo and attach it in the background. This should work with any third-party app, as the cloud process all happens transparently at the OS level.

Nextbit is turning to Kickstarter because new companies have a hard time knowing how many units to produce. Amassing pre-sales through a crowd-funding site gives them a concrete idea. The first 1,000 Kickstarter early birds can get the phone for $300. Other backers will get the phone for $350. The eventual retail price will be $400, but you can pledge that much now for additional storage and other perks. 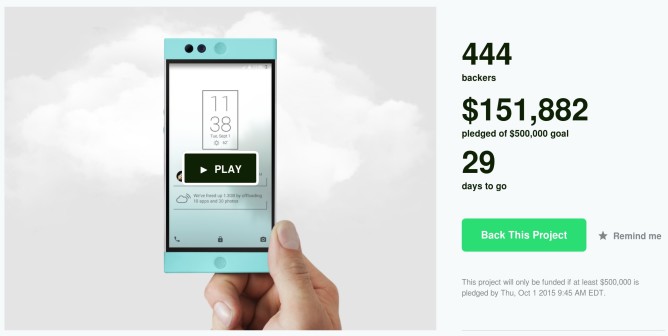 Nextbit hopes to raise $500k in the next 29 days, and over 400 people have already pledged $150,000. The phone is expected to ship in January. You can add your money to the pile at the link below.