Remember Mobilegeddon? This was Google's search ranking change for searches done on smartphones that placed pages that are "mobile-friendly" higher. For people who don't run non-mobile-friendly websites, this was a relatively non-controversial change.

Of course, it is up to Google to decide what does and does not make a good website for the small screen. Today, they announced that a big prompt—also known as an interstitial—telling you to install an app makes a website not worthy of the "mobile-friendly" label and the benefits that come with it. 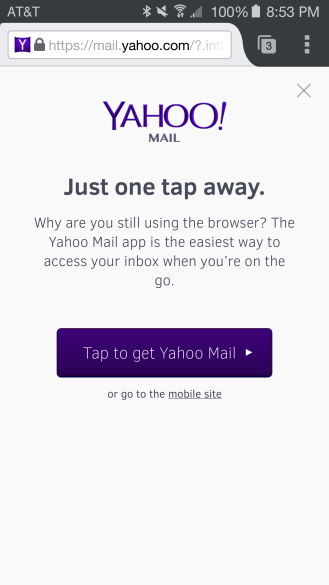 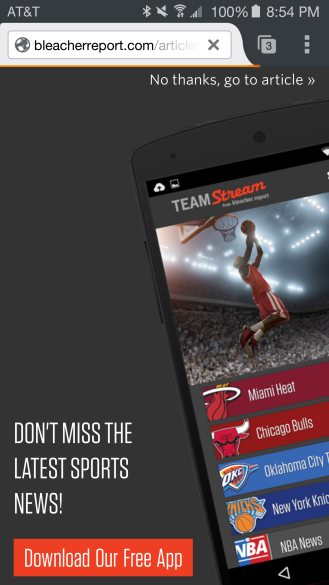 Unlike the original change, there are some real heavy hitters that use this tactic. Above are two that took me just a few minutes of browsing to locate. Starting November 1st, these app install interstitials will cause the sites to lose priority in searches from mobile phones.

And Google isn't doing this just for the user's sake, either. They tested the effects of using these large prompts on Google+ and found, well, they are not good. In their own tests, they did find that 9% of people who saw the prompt clicked the link to install the app, though not all of them followed through. That is impressive, actually. The problem is that the majority of the users who saw the interstitial simply left the page rather than dismissing it and moving on to the content.

Now, web developers don't have to abandon the idea of promoting their own mobile apps. Google recommends using a banner, instead, something that both Chrome and Safari have specific APIs for.

[Deal Alert] Thermal Imaging At A Discounted Price - FLIR ONE Infrared Camera For Android On ...