Google Maps was updated just about a week ago and there's already a brand new version bump for your navigational pleasure. The latest update rolls out a new UI for planning out your navigation, including a big interactive map, more information, and convenient route selection. There's also a new chart in the details page that details just how busy a business gets at different times of the day. If you can't wait to try it for yourself, grab the download link at the bottom of the article. 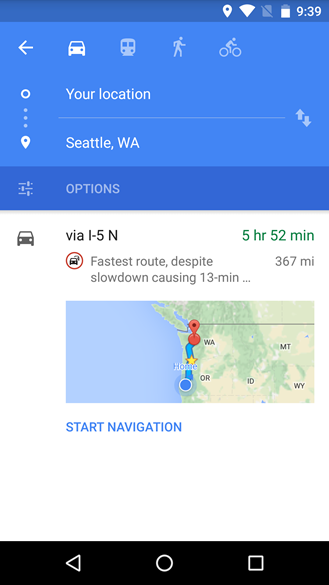 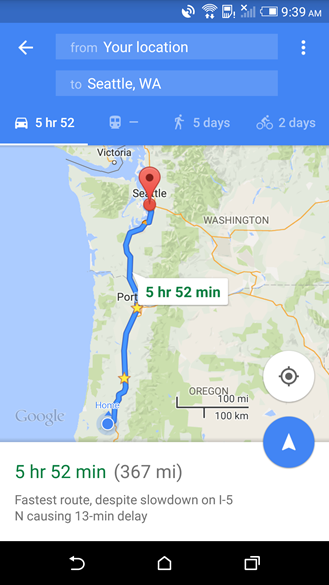 Most people will probably be quick to notice a new UI for setting up navigation. Strictly speaking, this layout isn't entirely new. It was first spotted by a small set of users that were included in an A/B test a little over a week ago. It seems that the test is complete and v9.14 opens up the new interface to everybody.

The really obvious change is a huge, blown up map taking the place of a thumbnail view. Unlike the old thumbnail, the new map can scroll and zoom, just like it does anywhere else in the application. The row dedicated to a single Options button has been relegated to an overflow menu (more on that in a bit), and the selector for different modes of travel has been moved down below the origin and destination fields. The best part of the new layout is that each mode of travel also shows how long it will take to reach a destination while taking the quickest route. 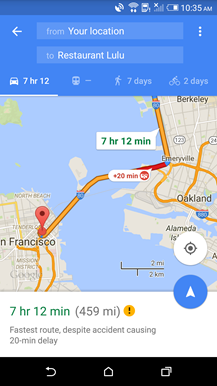 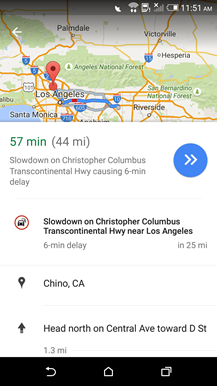 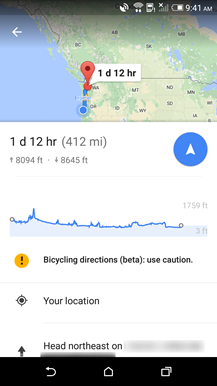 Details for a route are also a bit more informative and accessible. It's possible to drag up the card from the bottom of the display to reveal things like accidents and tolls along the way (for drivers), elevation (for cyclists), and the step-by-step directions are spelled out further down the card. If there is a significant slowdown as a result of temporary conditions, a visible marker will show up right on the map. 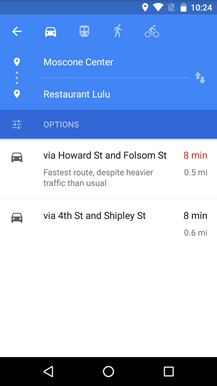 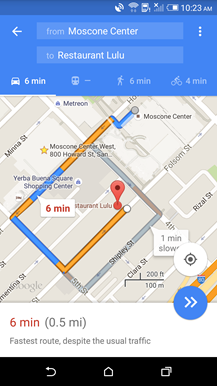 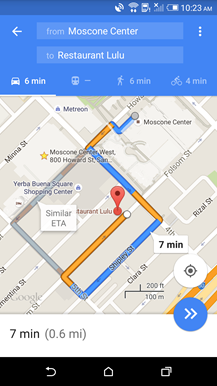 The interactive map can also be used to pick your routes by touch. Each route is shown with an ETA and sometimes hints about possible slowdowns or issues. The old interface gave many of the same details, but left users mostly blind about which way they would be going and what the turns would look like. 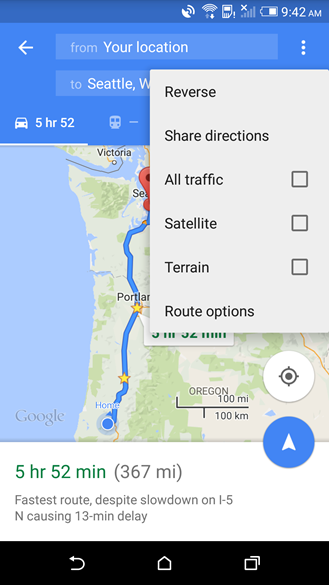 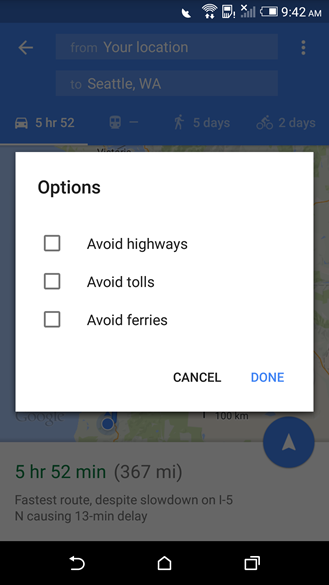 An overflow button has been added to give a home to a few useful features. Both the Options button and the button for swapping destination with origin have been moved inside of the overflow menu, and they are joined by some toggles to switch on or off the common map views: traffic, satellite, and terrain. 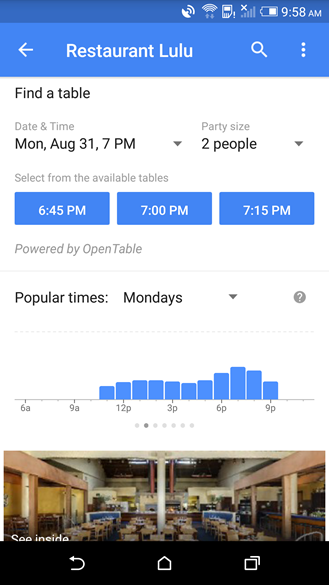 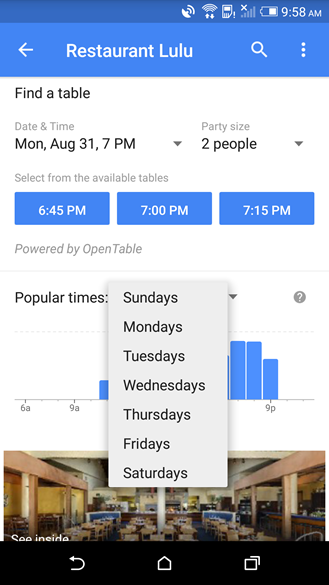 If you're contemplating a trip to a restaurant you've never been to before, sometimes it helps to know how busy it gets before making plans. Now, if you open up the details card on a business, Google Maps will give you a simple chart that shows how busy a location gets during each hour of the current day. If you're planning ahead, you can also swipe through each day of the week or pick one from the dropdown above. This is just statistical data, so it won't be able to predict special events or sudden changes in popularity, but it could be very helpful for picking a new spot to try out on your lunch hour.