Here's the thing about wireless charging: in its current form, it's a convenience. A perk, another skirmish in the eternal arms race of mobile specifications. It's nice. Wireless charging is great if you happen to sit at a desk or other stationary place, for hours at a time, and need to constantly refer to your phone. Coincidentally, that pretty much describes the entire working life of a gadget blogger, so the Tango wireless charger is great for me. Whether or not it will work for you, or be worth the considerable expense for what's basically a neat way to avoid plugging your phone in half a dozen times, will depend on how much you value that convenience. But if you're looking a wireless charging pad right now and you don't mind paying a little extra, you'd be hard pressed to find a better alternative.

The Tango's manufacturer PowerSquare calls it "the first position-free, multi-device wireless charger in the US." You could probably pick holes in that, but I'll take them at their word, if only because the Tango does indeed handle multiple Qi-compatible phones without complaint. The pad is 163mm long and 83mm wide, coincidentally almost exactly the same size as the footprint on my Nexus 6. That means that it will comfortably fit two phones if you turn them sideways. It might even be possible to squeeze three on there, if they're small, but these days small phone = budget phone = no wireless charging. It's also big enough to comfortably hold a tablet. 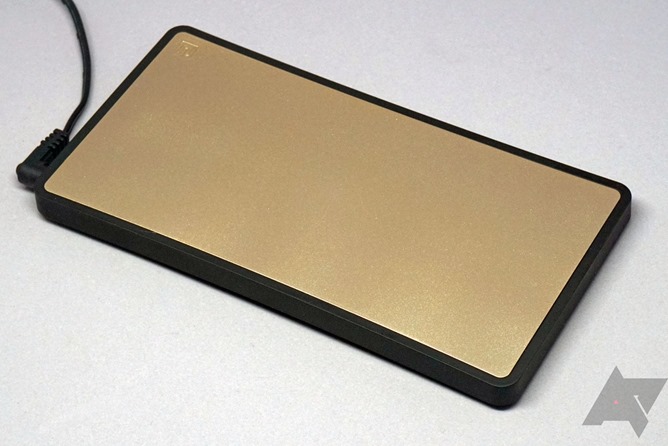 But that's not really a huge deal - I think it's pretty rare that someone will really need to wirelessly charge two phones at once, unless you happen to set your charge up in a common area, or you and your significant other sleep so closely that one of you doesn't mind reaching over the other to turn off the alarm. No, the coolest feature on the Tango is that "position-free" business. That means that your phone can rest more or less anywhere on the pad and it will charge, also enabling the multi-device functionality. I assume that this is achieved with wireless charging transmitter coils that more or less cover the entire surface of the pad, making it capable of sending power to your phone no matter where it is. 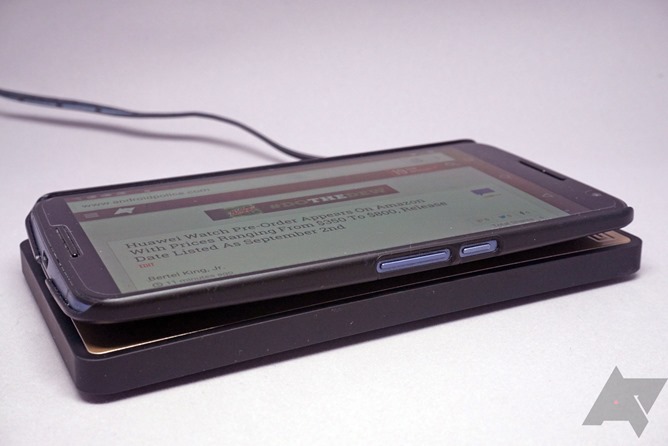 You'll still have to get the coil on your phone itself (usually in the center of the rear panel) onto the pad, but compared to more conventional wireless charging devices that insist on a "sweet spot," it's extremely convenient. You don't have to look at the Tango when you plop your phone down, you just have to get it somewhere in the same time zone and wait for the "I'm charging now" chime. For someone who picks up and puts down a phone dozens of times a day during work hours, it's a very nice plus. 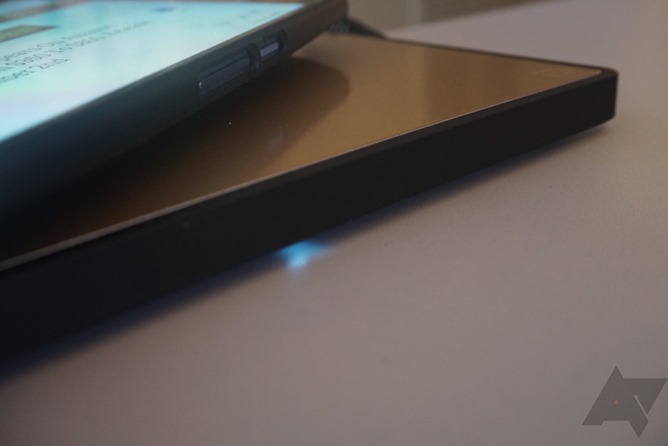 The base is about a centimeter tall, and includes a small white LED that lets you know when the phone attached is actually charging. It would have been a good idea to put that LED on both sides of the pad, since it's more or less symmetrical otherwise, and it means lefties like me have to have the plug coming out of the "top" of the pad rather than the "bottom." The charge was strong enough to get through the thin plastic cases I keep on all of my devices, and my Nexus 5, Nexus 6, Nexus 7 2013, and DROID Maxx all charged without complaint.

Unfortunately the Tango is somewhat limited by the current drawbacks of wireless charging technology, specifically throughput. Though the pad can charge two phones at once, and the charge rate doesn't noticeably decrease by doing so, that rate is still pretty slow. It's about 60% as fast as a conventional MicroUSB charger, and positively pokey if you're used to using fast charging tech, like the Qualcomm-powered charging on my Nexus 6. If all you're doing is topping off your phone, that's not a huge concern. If you're trying to charge up from 20% on a 3500mAh battery, it's going to take several hours - you're better just sucking it up and plugging in a charger. 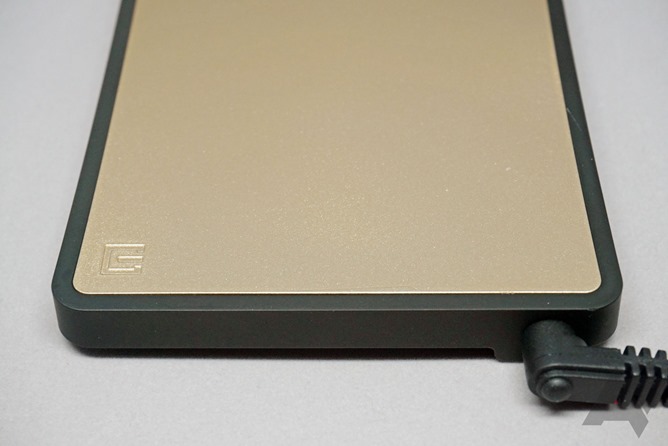 This is set to change soon: the next iteration of the Qi standard will support 15 watts of charging power, as much as those fancy new quick chargers. It's a point worth considering if you're planning on dropping the better part of a C-note on an accessory.

Speaking of chargers, the Tango uses a conventional wall-wart charger. A relatively big one. The plug on the pad is also one of the old-fashioned kind that you have to hunt for at Radio Shack if you lose your charger. These combine to make the Tango less convenient and less travel-friendly than it might have been with a standard MicroUSB plug. It's also frustrating: the wall-wart outputs five volts of electricity, less than my quick charging adaptor, so nothing would have prevented PowerSquare from buying a bunch of cheap USB adaptors with some extra oomph and making the Tango more universally compatible. 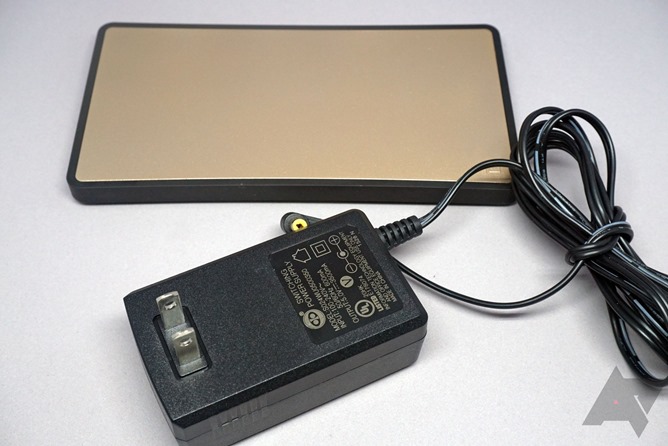 The Tango doesn't include stand functionality, but that's only a minor ding. If you're going to prop your phone up for several hours at a time, presumably it's because it's within easy reach and viewing distance, so a conventional charger plug is not a huge inconvenience.

The Tango is currently available for pre-order. When it goes on sale it will cost $79.99. That's about double what you'll pay for an official pad from Samsung or similar OEMs, and about five times as much as you'll pay for a no-name charging pad off of Amazon. For the extra dough you get the ability to charge two phones at once and you delete the hassle of finding the "sweet spot" several times a day. 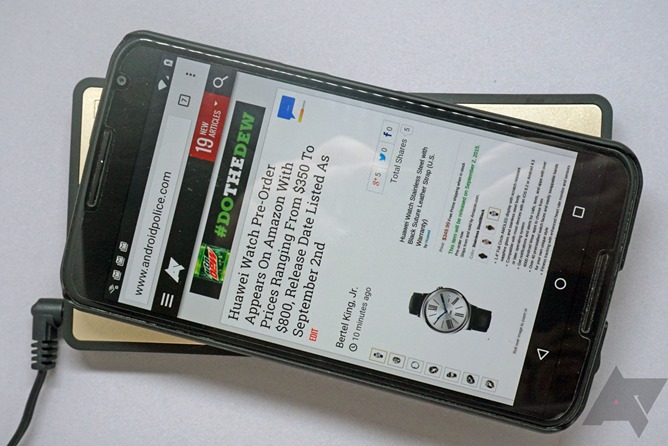 Is it worth it? For me, the answer is no - I wouldn't spend $80 of my own money for that functionality, even though I'm basically the ideal user. But then I'm a cheap jerk, and I wouldn't pay $15 for a standard wireless charger. Taking three seconds to plug in a charger cable has never seemed like an unbearable burden to me, and the drawbacks of slower charging seem to defeat a lot of the purpose anyway. 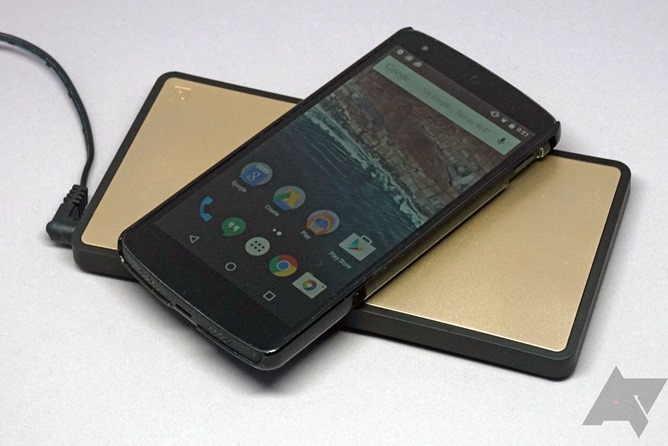 But if you do like wireless charging, and you like it enough to seek out and pay for the best possible charging pad, this is it. I'd still encourage bargain-hunters to wait for a fast-charging version of the Tango (perhaps with a standard MicroUSB or, by then, USB-C plug and adaptor). But for those willing to pay a premium for convenience, this pad is both more premium and more convenient than just about anything else on the market. It should go on sale sometime in September.

Customers Who Pre-Ordered A Huawei Watch Are Seeing Their Updated Delivery Dates Pushed Back To ...