In context with some of Google's other exploits, creating a kayak-mounted 360-degree camera rig for taking Street View photos seems positively pedestrian. After all, it's not a self-driving car or an Internet-granting weather balloon or a DARPA-approved scary-ass robot. But it's still pretty cool, as evidenced by the post on the official Asia Pacific blog.

Google's indefatigable Street View team paddled a one-person kayak equipped with the omni-directional cameras around selected portions of Peninsular Malaysia, snapping photos of large cities, small villages, and remote wilderness. Malaysia isn't suffering from a lack of Street View coverage in the first place (unlike Egypt, where Google mapped the pyramids at Giza and called it a day), but the kayak-mounted rig allows for some really cool views that even locals might never get to experience. 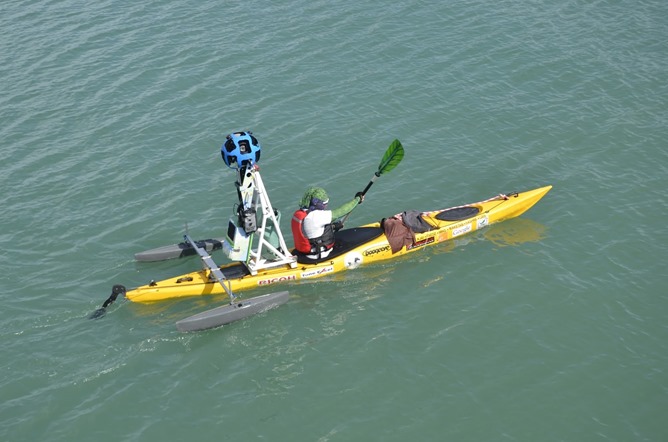 Check out Google's blog post for embeds of the more interesting locations. Want to start at the beginning? Click here and use the on-screen navigation tools.

Popular Photo Gallery App QuickPic Has Been Bought By Cheetah Mobile, And Users Are Pissed