You already know what the next Moto 360 will look like. We know you do. You may also be aware that Motorola plans to ship the device in two sizes this time around. Well, HelloMoto HK has shared two photos of the upcoming device, and in one of them, we get to see how much smaller one version of the new Moto 360 will be. In the image above you can see it side-by-side with the current model.

One complaint with the existing Moto 360 was that, stylish as it was, the device was still a bit on the bulky side, especially for female wrists. The Moto 360S slims things down.

While we're looking at photos of unreleased hardware, here's another shot of the Moto 360L. 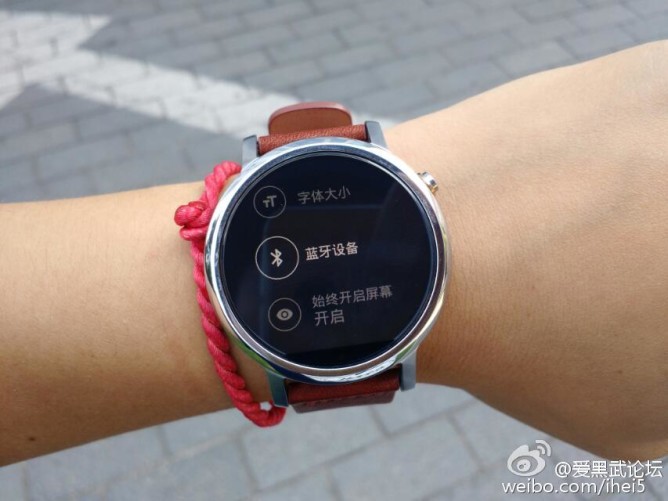 Yup, it's one of the clearest views we've had yet. There isn't much else new to see here, but we'll probably be back with more Moto 360 news soon enough.