I've been messing with a new affordable device from a relatively new manufacturer to the scene here lately: the Nuu Z8. Nuu currently has a couple of other budget devices on the market, but the Z8 is what the company is calling its flagship device. With a $250 base price for 16GB and $300 for 32GB, this device is priced somewhat aggressively and spec'd fairly decent for something in this range:

When it comes to looks, I'm kind of torn on how I feel about the Z8. On one hand, I think it's kind of OK looking; on the other, I think it looks cheap. The thing is, I can't really tell what it is that makes me think the latter - perhaps (most likely?) it's the plastic back. It doesn't really look terrible, but it doesn't really scream "premium" to me either. I guess it's just meh. Of course, the capacitive buttons also don't do much to give it a premium look, either. Especially that awful-looking home button. I seriously hate it. I think it's the company logo or something. The overall size and form factor are pretty great, though. It's got a 5.5-inch display, which is a really nice size no matter how you slice it. It also feels very solid and well-made - not at all like a $250 phone. The build quality definitely offers the more premium feel that I like to see on more affordable phones.

One thing I really like about the Z8 is the buttons. Both the volume rocker and power button feel great. That's one thing I'm super picky about, too - I can like most everything about a device, but cheap, squishy buttons can kill the experience so quickly. Thankfully, the buttons on the Z8 are awesome. They have a very nice amount of travel to them, and a satisfying click at the end. In other words, when you push the button, you know it. But like I said earlier, I'm torn about the hardware of this device: it's ugly, but it feels solid. So take that for what it's worth. Also, there's a chance you may find it more attractive than I do. In that case, you get the best of both worlds. 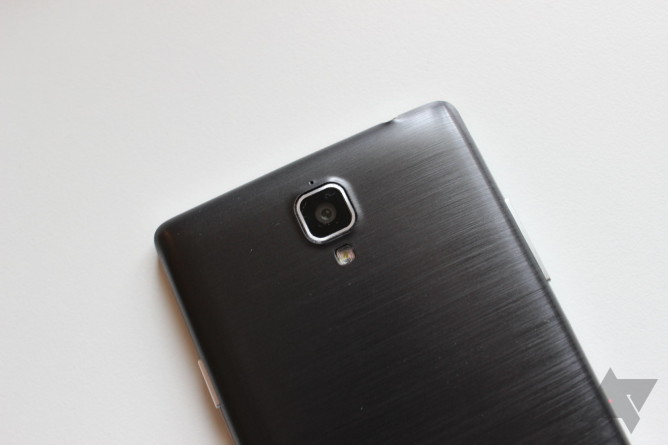 The Z8 has a 5.5-inch, 1080p panel, which sounds like a solid display on paper. The truth is, you can tell that it's one of the more affordable displays on the market (from a manufacturing standpoint), because it just has that cheap look to it. It's very cool, which I tend to not find very appealing at all. The colors themselves aren't awful, but whites are just hard to look at for any extended period of time, because they're just harsh. That said, I've been using phones with Super AMOLED displays for the past couple of years, so there's a chance that my eyes are just so used to the warmth provided by these displays that the extreme coolness of the Z8's panel just looks more harsh to me. Still, it's an extreme and noticeable difference, which means that it's just not as balanced as it should be in the first place. 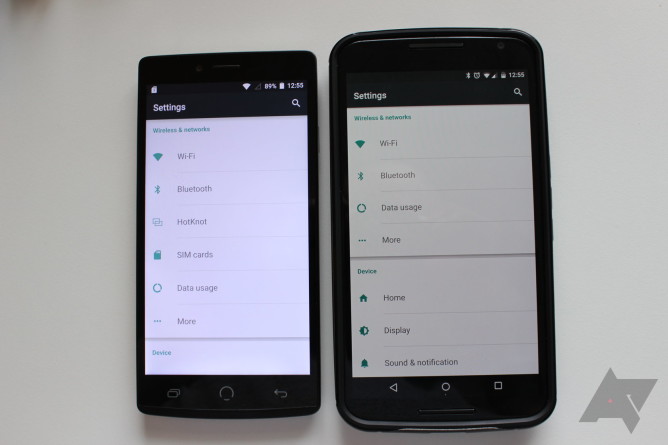 That aside, though, it's pretty much not a bad phone to look at (and I assume once your eyes adjust to this display's particular temperature, it gets a lot easier to stare at). The resolution is good, so text looks nice and sharp. I mean, it's 1080p. There isn't a lot more to say about it past that.

Then there are the cameras. It's packing a 13MP Sony sensor on the back and 8MP wide-angle camera on the front, and I wasn't all that impressed with the image quality here. Pictures generally do a better job of showing what the cameras are capable of than words do, so I'll let you be the judge. In the end, it ultimately doesn't matter how good (or bad) a device looks, how nice the display is, or how usable a camera it has, because the be-all-end-all is generally performance, right? Of course that's right - a crummy experience is something that no one wants.

The good news is that during my time with the Z8, I've been quite impressed with how well it performs. Everything is consistently snappy and in no way reminds me that I'm using a $300 phone. Quite the contrary, actually - the performance level here is much higher than one would expect for the price, and more in-line with higher-priced phones. To put that into perspective, I would probably have zero issues putting my Nexus 6 down and switching full-time to the Z8 (but only when it comes to performance, of course - those damn buttons drive me nuts). 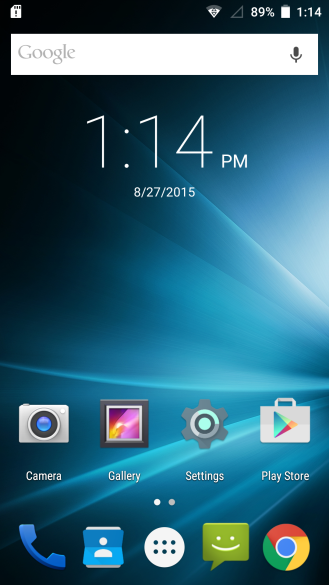 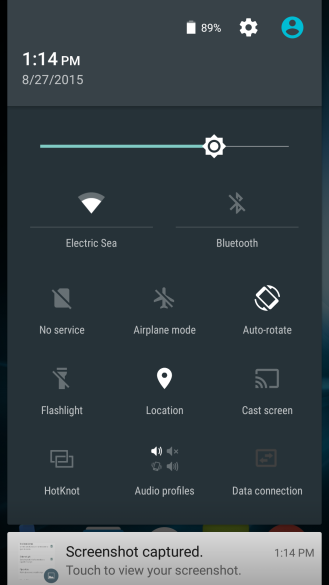 On the software side, there's some good and some bad. As mentioned above, the Z8 is running Android 5.0. That's good because it's at least Lollipop, but it's also bad because it's not 5.1. And there's probably very little chance it'll ever see 5.1, let alone Marshmallow. On the off chance Nuu decides to update it, I'm absolutely certain it will be quite a while from now, constantly keeping the phone behind-the-times. Sure, it's usable, but damn it's not ideal.

And really, that's the biggest issue with budget phones: OS updates. I haven't seen a single budget manufacturer yet that can push out the latest version of Android to its handsets in a timely manner (save for Motorola with the E and G, but they don't really count...because reasons).

Alas, I'm getting off topic - we're supposed to be talking about the Nuu Z8, not budget phones in general. Just know that it's running outdated software and it probably always will be. That's a shame. 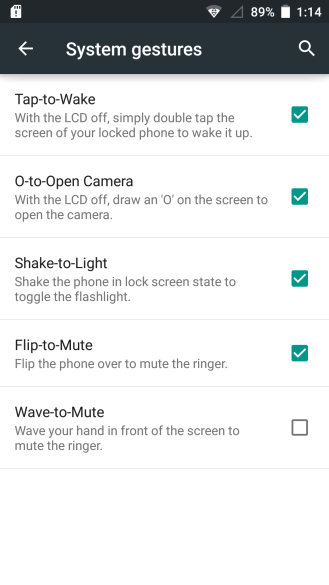 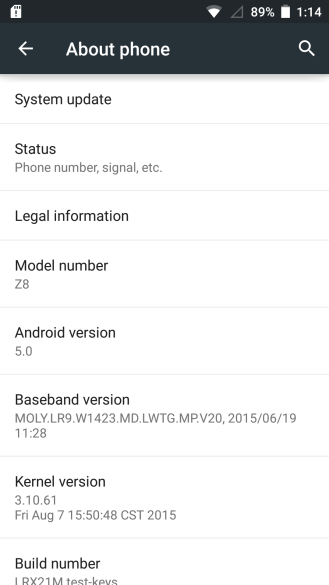 On the bright side, 5.0 isn't a bad OS, and it runs quite smoothly on the Z8. There are a few tweaks here and there, like the addition of system gestures, for example. This enables Tap-to-Wake, O-to-Open-Camera, Shake-to-Light, Flip-to-Mute, and Wave-to-Mute, each of which is independently toggle-able. While none of these features are unique to the Z8, they are useful and nice to have along for the ride.

Otherwise, it features scheduled power on and off and a tweaked quick settings panel - pretty much like most modern Blu phones. Alongside the normal options, you'll find buttons for HotKnot (a sharing feature), Audio profiles, and Data connection in the panel. Again, nothing new, but still nice.

But if I had to pick my main issue with the Z8's software, it's the same thing I've mentioned with so many Blu phones before: lack of usable Google Now because of the capacitive buttons. Long-pressing the home button will bring up Google search, which is kind of Now, but it's not really Now. For example, you can't pull to refresh it. There's no easy way to get to the Now settings accessing it that way. It's handy if you want to search for something, but so is saying "OK Google," so there's no good reason to have long-pressing the button react this way.

Really, the only good way to get into Now is by going directly into the Google app, which really takes the point away from Now. And it pisses me off. I've only used one device with capacitive buttons that got Now integration right, and it was the Vivo Air. Otherwise, it's always this kind of crap. It's frustrating to have one of the best tools in Android basically unusable because of one stupid design flaw. I still wish Google would implement a setting that would allow the user to customize how to launch Now so it wouldn't be an issue on devices like this. Or, better yet, I wish everyone would just stop using capacitive keys. Yeah, I like that idea better.

OK, so let's recap (or TL;DR for the lazy among you who jumped straight to this section). The Z8 has solid performance, a good amount of storage (with the option to expand), dual LTE SIM slots, decent cameras, and Lollipop. On the downside, it has tacky capacitive buttons, a super-cool display, and Lollipop.

The real question is: is it worth $250 or $300? Maybe. Here's the thing: the Moto X Style will be out soon, and it's $400. It's a full-on badass flagship with a 5.7-inch display, 3GB of RAM, 21MP camera, expandable storage, a 3,000mAh battery, and Snapdragon 808. A $400 beast. And that goes without mentioning Motorola's recent history of timely OS updates. When put up against the X Style, the Z8 doesn't really seem like that much of a bargain.

Dollar for dollar, you're looking at $250 for the 16GB Z8 vs. $400 for the 16GB X Style. That's a pretty big chunk of change, but the X is also a huge upgrade over the Z8. At this point, you probably already know what I'm going to say: save your pennies and buy the X; by this time next year, you'll be damn glad you did. And just so we're clear, I would also take the 16GB X over the 32GB Z8.

I'd also be remiss to not mention the One Plus Two. A lot of people knocked it for not featuring NFC or Quick Charge, but the Z8 is missing both of those things, too. So again the comparison: $250 for a 16GB Z8 or $329 for a 16GB One Plus Two. Which is the better deal? Of course it's the OP2 (assuming you can get the home button to work). $79 more gets you a lot more phone. And for $379, you can get one with 64GB of storage.

So, going back to the original question: is it worth it? That depends. If you can cough up just a little bit more cash, then no, it's not worth it. If $250 is all you have to spend and not a penny more, then you'll probably be at least mostly satisfied with the Z8. 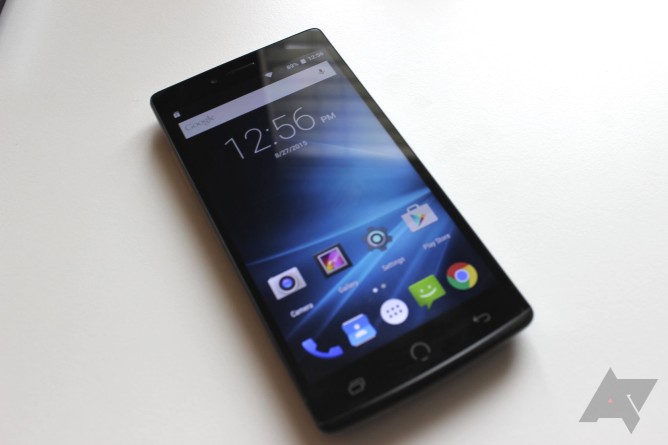 But really, you should probably just buy something better so you don't have to shell out another $250 (or more) in a year.

Instagram Catches Up To Cameras, Supports Portrait And Landscape Orientation For Photos And ...