One of the biggest challenges to creating good apps for Android Auto has been actually testing the experience. Many independent developers can't afford to purchase brand new cars with Auto built-in, and aftermarket head units won't fit in most recently manufactured cars without heavy modification, and most of those units aren't very good anyway. When the Auto SDK came out, it included simulators that could be used for basic testing of just the messaging and media browser interfaces, but even these weren't good substitutes for the real thing. Today, Google released the Android Auto Desktop Head Unit, a functioning implementation of the Android Auto platform that runs right on a desktop or laptop. 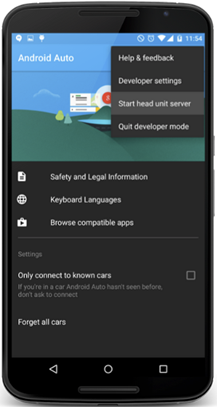 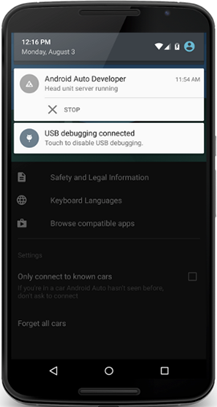 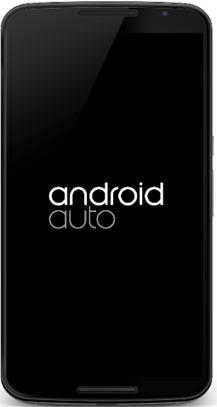 The Desktop Head Unit (DHU) operates just like an Android Auto unit. All of the on-screen buttons and functions work normally, and the interaction between it and a phone is virtually indistinguishable from the real thing. Developers can now test the experience of working with their apps in the environment they're intended to operate in without crawling into the passenger seat of a car.

In addition to clicking on the screen with a mouse (or a touchscreen on some computers), the DHU also supports input through a computer's microphone for voice commands. Developers can also run an assortment of actions through command line instructions and some additional keyboard shortcuts to toggle between daytime and nighttime modes, issue pre-recorded voice commands, simulate button presses and taps, take screenshots, and more.

Google will continue to support the simulators for a little while longer, but they have been officially deprecated and will be removed from the SDK in the near future.

To get the Desktop Head Unit running on your computer, check out the Getting Started page for setup instructions. It can run on Windows, Mac, and Linux, but some additional libraries and components may be required. Also take a look at the DHU documentation page for more useful tips and tricks.

T-Mobile Unofficially Speaks To Us About Band 12 LTE / VoLTE And Unlocked Smartphones, And Yep ...