If you're in the market for the Turing Phone, you already know who you are. This is an Android phone designed around the idea of being completely unhackable. It doesn't even have a USB port or headphone jack that could be used to manipulate the software in some fashion. Niche products like this often have the feel of vaporware, but the company has posted a release and order timeline for the Turing Phone. So they're at least trying to make it happen.

The Turing Phone doesn't quite stand up to current flagship phones in the spec department with a 5.5-inch 1080p LCD, a Snapdragon 801, 3GB of RAM, a 13MP camera, and 3000mAh battery. That's not really why you'd buy a Turing Phone, though. The selling point is the hardened version of Android 5.1 with built-in end-to-end encryption and a fingerprint reader. 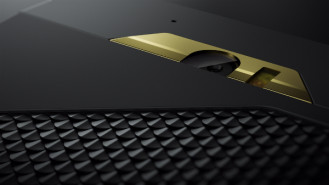 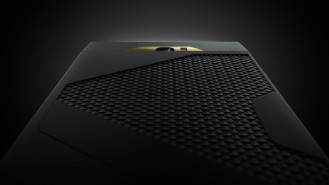 Turing Robotic Industries took reservations for the phone earlier this month, but that process is now over. Invites will be given out to those who reserved the phone on September 21st (yay, phone invites). On September 24th, you'll be able to pre-order the Dark Wyvern special edition Turing Phone for a whopping $999. A Dark Wyvern "Glaedr" special edition will also be made available for $1299, but we won't have any details on that until September 9th. Both special edition phones have 128GB of storage, but otherwise I don't know why you'd want them.

Also on September 24th, anyone purchasing one of the "regular" Turing Phones will have the opportunity to pre-order their device in 32GB ($610), 64GB ($740), or 128GB ($870) capacities. The actual shipment date for the Turing Phone is currently scheduled for December 18th. If you pre-order, you have to pay the full price upfront.