Looking for something a little different for your super-powered Android TV device (while you wait for all those PC game ports, like Borderlands and Metal Gear Rising, that NVIDIA is being oddly quiet about)? Then take a gander at Battle of Sol, an old-school space fighter sim with new next-gen graphics and a simplified control setup. The game was released on Steam last month after a lengthy Early Access period. It's fashioned after the 90s staples of the genre like Wing Commander and Freespace.

Battle of Sol's story is your typical fight the aliens stuff, stretched out over a campaign with 21 missions and some notable voice acting talent. Ship designs, at least on the human side, seem to take the practical approach of Stargate and Battlestar Galactica. You can pilot multiple ships with varied handling and weapon loadouts around gigantic carriers and cruisers, blasting away the enemy and moving from objective to objective. Multiplayer is not included.

It will be interesting to see how the game translates to Android, even on a device with console aspirations like the SHIELD TV. Space sim fans as a whole almost exclusively play on the PC these days, since publishers don't seem to want to roll the dice with the more casual console market. Dedicated players prefer joystick controls and often use elaborate throttle-and-stick setups. That said, Battle of Sol is designed with a more typical game controller in mind. The game costs $9.99, and it's a SHIELD TV exclusive. 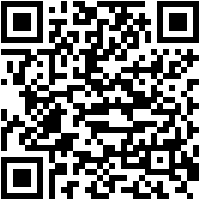 Amazon Ditches Its Free App Of The Day In Favor of Amazon Underground, With '$10,000 Worth of ...