Just last weekend we heard some rather convincing (but unconfirmed) rumors that the reason the Moto X Play was conspicuously absent from Motorola's US store was that Verizon's long-standing relationship with the manufacturer would result in an exclusive phone. Today we've been sent some photos that look like the real deal: a mid-range phone that mostly matches the Moto X Play, but with Verizon and DROID branding. Say hello to the Motorola XT1565, presumably coming to market as the DROID Maxx 2. 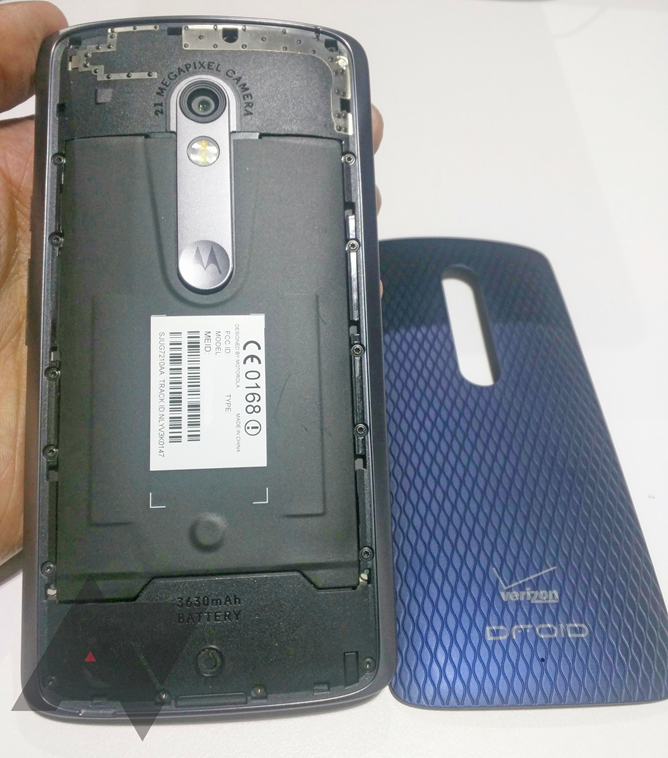 Ostensibly a sequel to the excellent 2013 Verizon flagship, the DROID Maxx 2 is actually much less DROID-like than its predecessor. Aside from the Verizon and DROID labels on the removable rear panel and some Verizon apps, you'd be hard-pressed to see any significant differences. The front of the phone is more or less identical, specs like the Snapdragon 615 SoC, 5.5-inch 1080p screen, 2GB of RAM, 21MP rear camera, and massive 3630mAh battery are the same, and even the grey-on-blue color scheme and subtle textured back eschew the traditional black and red of Verizon's licensed mini-brand. 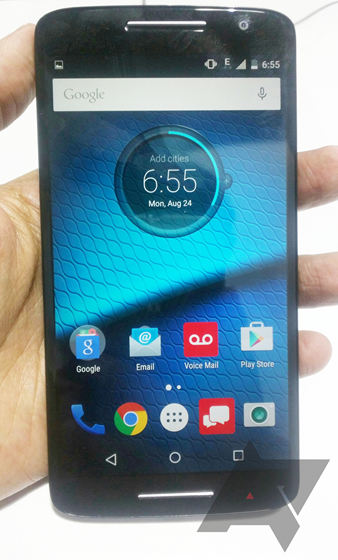 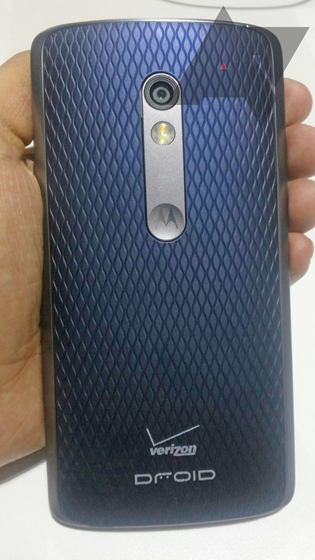 There does seem to be one notable downgrade: CPU-Z says that the phone has only "8.14GB" of internal storage, a strangely low number even for a mid-range device. The Moto X Play uses either 16GB or 32GB of storage, and presumably the MicroSD card slot would carry over. (As an aside: it seems odd that Motorola would make the rear panel removable on the X Play/DROID Maxx 2, but keep the SIM card tray on the top, where you need a tool to remove it.) 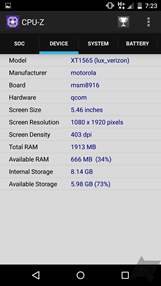 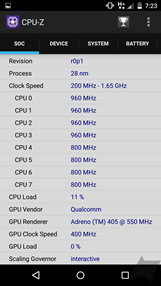 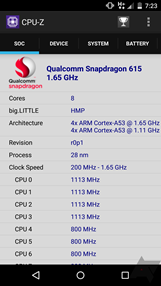 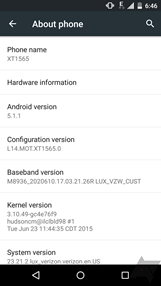 We're also expecting a higher-end DROID phone from Verizon based on this year's Moto X Style/Moto X Pure Edition and called the DROID Turbo 2. Presumably both of them would be in Verizon stores sometime before the winter holidays. Pricing is unknown, but if the DROID Turbo 2 is a full-priced flagship, expect the DROID Maxx 2 to be somewhere in the $400 ballpark. I wouldn't hold my breath for Moto Maker customization on either device, but luckily the Moto X Pure Edition will have a Verizon-compatible radio.

WhatsApp Gets Updated In The Play Store With Custom Chat Notifications And Mute, Mark As ...