Back in June of last year, I took the Creative Labs Sound Blaster Roar for a spin (and loved it). When Creative pinged me about the Roar's successor, I naturally couldn't wait to get my hands on it - and with a tagline like "Smaller, Lighter, & Sexier," I hoped that it would be even better than its predecessor.

Spoiler: it is. This thing is legit. And for a starting price of $170, it's hard to deny that it's one of the best speakers around right now.

From an aesthetic standpoint, the Roar 2 looks a lot like last year's model. No surprise there, really - what would be the point of completely changing the design and keeping the same name? None. 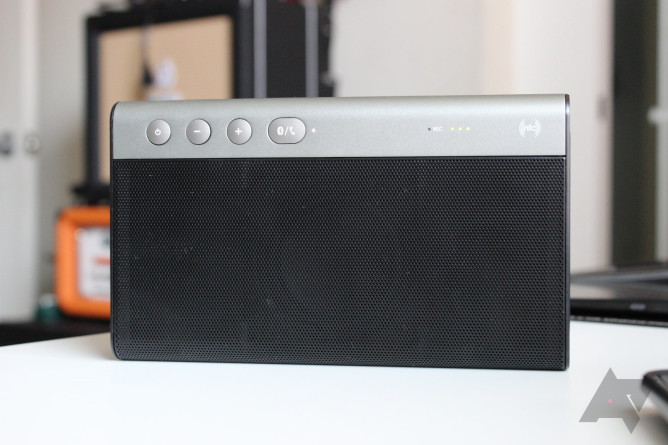 It is, however, smaller. And lighter. And - dare I say - sexier? Yeah. It's all of the above. Here's the interesting part, however: it uses the same speakers as last year's. That's not necessarily a bad thing, because the original Roar is a powerhouse in its own right. If it ain't broke, don't fix it...right? Anyway, we'll talk more about that in the Sound Quality section below.

Along with a very similar form factor, the R2 has many of the same features found on its predecessor, like Roar mode and built-in recording. Here's a quick look at everything the R2 has under its hood:

Just looking at that list you'll notice that, when it comes to Bluetooth speakers, the Roar is in a league of its own where features are concerned. It's a workhorse in every sense of the word. Sure, some of it is overkill, but c'mon - it's still cool to have...especially USB Audio (it even works with the PS4!) One of the most notable changes Creative made on the Roar 2 over the original is the speaker placement. Instead of putting two drivers in the front, one on the top, and the woofers on either side, all of the drivers are now found on what I'd call the top (the woofers are still on the sides). This basically means that the speaker can be used in two different positions - either lying flat with the speakers pointed up, offering a more open sound, or with the speakers facing forward for a more directional sound. So, basically, it's more versatile.

As I've already mentioned, I loved the original Roar. Since the Roar 2 uses the same speakers, it would only make sense that I love it too, right? Right. It's fantastic.

Now, I know what you're thinking: no upgrade to the speakers? Boooooo! Under most circumstances, I would agree with that. But in the case of the Roar 2, I honestly don't think the drivers needed to be upgraded - they were already absolutely badass. Moving them all to the "top" of the speaker made a big enough difference in how versatile the Roar 2 is, and the addition of TeraBass mode adds to that even more. 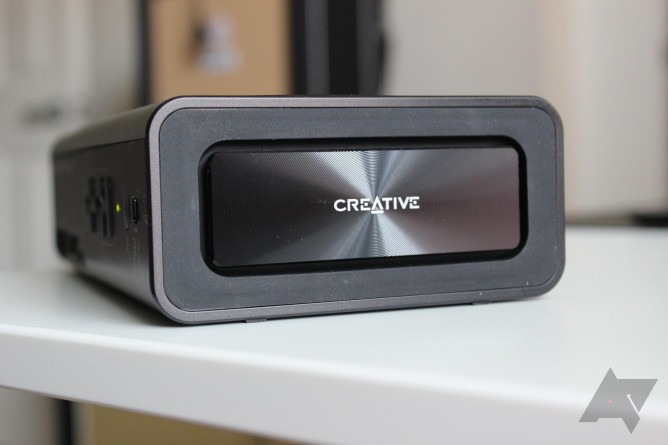 Speaking of, let's talk briefly about TeraBass and Roar mode for a second. Here's the gist: with Tera on, it increases the bass in a smart and dynamic way at low volumes. It's not just a simple "bass boost" mode that pushes the bass slider to 10 and calls it a day - it's much more than that. It brings up the bass and mid balance to give a fuller, thicker feel at lower volumes. It's actually really intelligent, and to be honest, quite impressive.

Similarly (but kind of oppositely?), Roar mode increases the overall volume. It tweaks the device's internal EQ to accommodate the additional volume, so there's no distortion even when it's peaked out. There's definitely plenty of headroom here, which is necessary for a speaker like this.

Lastly, I want to point out one thing that I love about the Roar 2: the woofers. They're found on either end of the unit (just like last year's model), but instead of being covered, they're essentially left exposed. You know what that means? They flex with the bass. It's a simple thing, but my God it's so satisfying. It just gives the whole thing a badass, edgy look. I love it. 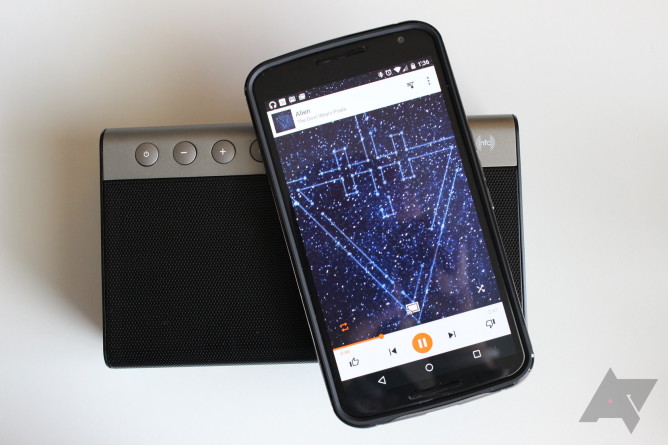 The Sound Blaster Roar 2 comes in at $170, putting this speaker right in the center of what I generally think of as the mid-range price point. But make no mistake - this is a premium speaker through and through. Really, the only thing mid-range thing about it is the price.

While the form factor is absolutely fantastic for around the house, I'm not sure I'd call it the most portable speaker out there. Creative sells sleek carrying cases for it if you want to take it with - and it has an eight hour battery, too - otherwise you could just throw it in a backpack or messenger back. At 2.2 lbs, though, it's a pretty heavy accessory to add to the load. I don't know about you guys, but I'm constantly trying to modify the stuff I carry with me and make the load as light as possible.

Still, I highly recommend the Sound Blaster Roar 2. At this price, I'm not sure you'll find a better speaker - unless you're looking for something waterproof or a little more robust (the R2 isn't really all that rugged) - you won't be disappointed.

For those curious, I always use the same playlist when testing speakers. If you're interested in checking it out, you can find it on Google Play music. I also found that I have one album I can't stop listening to with each new speaker. For the Roar 2, it was The Devil Wears Prada's new EP, Space EP (which I highly recommend).
subscribe