And it looks like that hint is now becoming a reality - Google is apparently testing a new feature in Maps for uploading food-related photos. 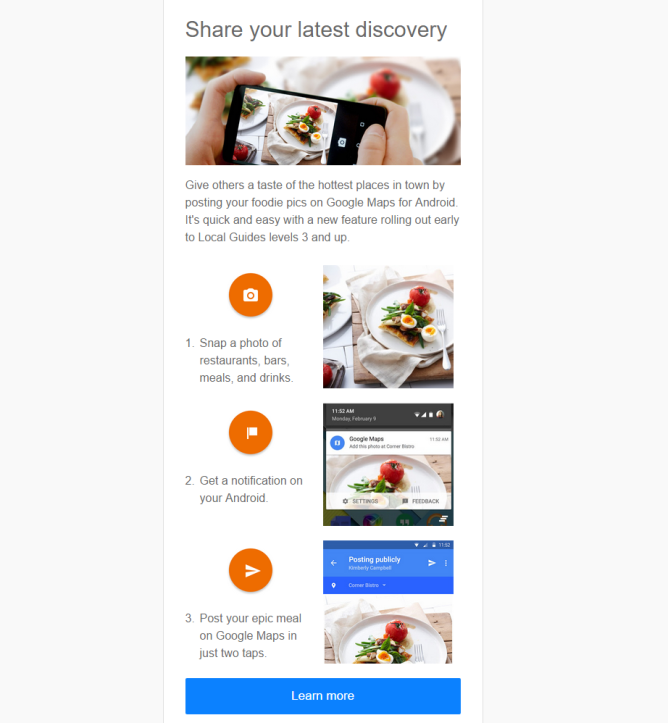 The feature, which is rolling out to local guides "level 3 and above" first, will apparently alert users when Maps has found a newly-captured photo taken at a food-related place on their device, and offer to attach that photo to a location for other users to see. 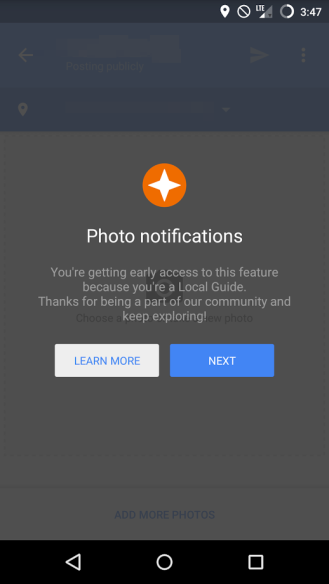 The email sent out to local guides includes this link to Google support under the "Learn more" button. The page mentions notifications that "show up after you've taken a photo in public places that Google thinks are interesting to other people, like restaurants and bars," but stops short of giving the feature a name or specifying food photos.

So while it's not a full-fledged app, it seems like Google has found a smart and useful way to keep food photography in the fold after all.

Maps v9.13 Rolls Out With Street View Thumbnails And A Shortcut To Add Businesses, Likely To ...