For having technically retired, @evleaks still leaks a lot of stuff. Case in point, he's just posted a few more promo pics of the BlackBerry Venice, an Android-powered phone from the once-dominant Canadian smartphone maker. We've also got a supposed release window too—November on all major U.S. carriers.

BlackBerry Venice confirmed for November release on all four national US carriers. pic.twitter.com/l5jFCGKLjO 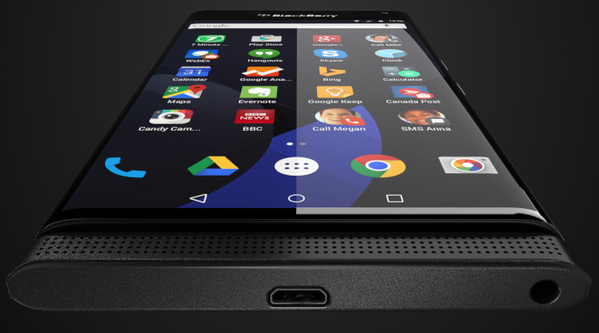 Rumors have pointed to this being a keyboard slider, and today's second leak from @evleaks indeed confirms it: https://twitter.com/evleaks/statuses/633886910570721280 November isn't that far away, so I expect we'll get further leaks of this device before long, perhaps even one taken by the elusive Mr. Blurrycam. Rumors point to a Snapdragon 808, 5.4-inch QHD LCD with curved glass, and 3GB of RAM. Of course, this could all be a lie. Everything could be... we could all be living lies right now.

@evleaks is still at it. This time he's posted a lengthy GIF showing off the phone from several angles. It's the best look we've gotten so far.

HTC One M9 On Verizon Getting Android 5.1 Tomorrow (August 20th) With Stagefright Fixes And ...