Fossil has been talking about getting into wearable technology for some time, and now it is finally giving us a peek at what it's been working on with Intel. At Intel Developer Forum (IDF) today, Fossil had three Intel-powered wearable devices on hand, one of which was an Android Wear smartwatch. It looks like the offspring of a union between a Watch Urbane and a Moto 360. 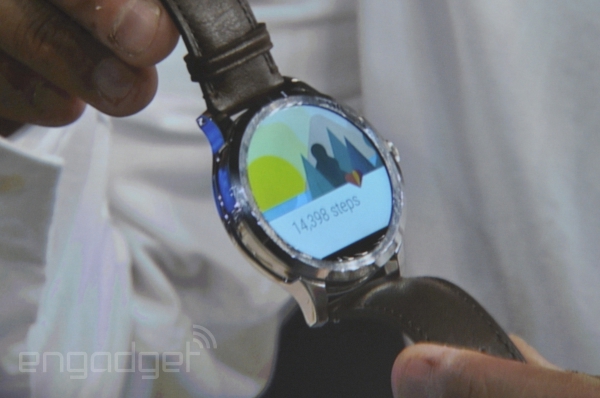 We don't know anything about the internals yet, aside from the fact it'll run an Intel SoC. The screen is presumably an LCD of some sort, and it has that flat tire design just like the Moto 360 with the black bar at the bottom. On Motorola's watch, that's where the light sensor and the display drivers are. It's probably the same deal here. 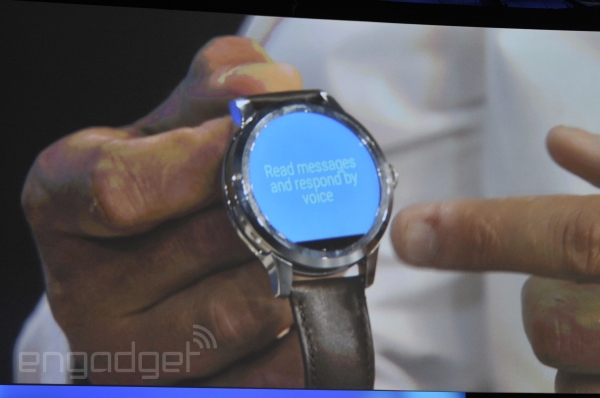 Fossil at least has some experience designing watches that look alright, and Intel's Atom chips have gotten much better on Android. This might be a device to watch, assuming it actually comes out. Maybe next time it breaks cover someone will tell us what it's called. That'd be nice.

Android One Program Expands To Egypt, Ghana, The Ivory Coast, Kenya, Morocco, And Nigeria With ...