Second is the option to reorder photos in an album. If you head over to your collections and open any album, a new edit button in the top right corner lets you rearrange your photos just the way you like them. 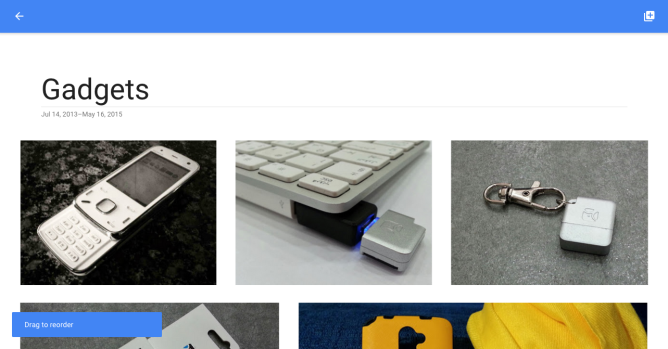 And if you look closely at the top image of this post, you'll see a nice troll from the Photos team. The pic shows as being taken by an LG Nexus 6, but we all know LG is building the Nexus 5. Nice try, but we ain't fallin' for dat!