Have you ever noticed how embedded YouTube videos in the Android version of Chrome have a habit of failing to hide their player controls when you set them to full screen? That may be going away soon. Googler François Beaufort pointed out some new functionality in the latest Dev release of Chrome for Android (version 46): embedded HTML5 media has new playback controls. They're white now. Here's an embedded video from this Android Police post displayed in Chrome Dev 46... 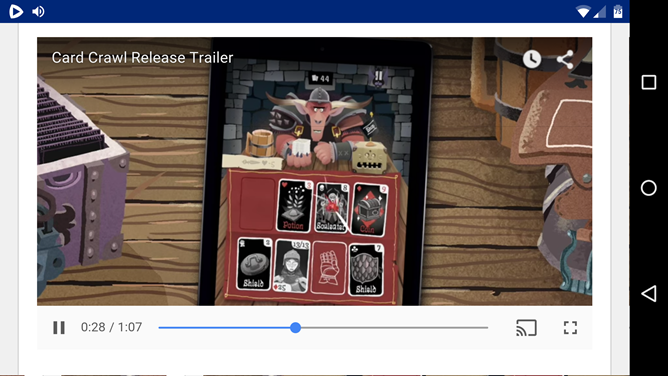 ...compared to the same page and video in standard Chrome. Chrome Beta has the same control setup. 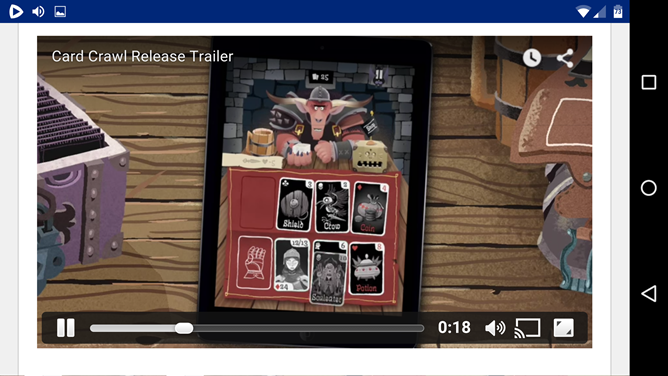 The layout is mostly similar, though the time stamp has been moved to the left side and the volume control is gone - I suppose the developers assume you'll just use the physical controls on your device. The new version certainly seems to auto-hide the controls much more readily, so hopefully it will fix the annoying behavior I mentioned above.

Hangouts 4.0 Can Keep You Connected To A Video Call While Changing Between Wi-Fi And Mobile Networks Amiigo Review: An Activity And Gym Workout Tracker With Lots Of Potential And Even More Issues