Remember the LG G Pad, the company's return to the tablet market from 2013? It was an impressive effort, a high-end, mid-sized tablet (which eventually got a Google Play Edition brother) that was unfortunately followed up by a collection of low-end G Pads designed to try and take a bit out of Samsung's cheap Galaxy Tab market share. It looks like LG is ready to try again, at least according to this page on the company's Korean website. The promo page describes a mid-sized tablet with some advanced features, but poor specs.

Dozens of photos outline the features of the LG G Pad II 8.0 (model number LGV498), the first member of this line that we've seen thus far. The basic design looks remarkably similar to the previous 8-inch tablets, which is to say a vertical slate with virtual nav buttons and nothing dramatic in its bodywork. But scroll down the page and you'll see some surprising extras, even if (like yours truly) you can't read Korean. First of all, there's a full-sized USB port hanging out on the top edge, which is almost unheard of for anything but the largest of tablets. It looks like it has full OTG functionality, as LG's graphics show off USB flash drives and hard drives, external keyboards, charging other USB gadgets, and external game controllers. LG is also showing off a capacitive stylus with a narrow 3.5mm bezel - presumably LG's Android skin includes some extra functionality to enable the thin tip to get past Android's finger-detection threshold, like the SHIELD Tablet. The rest of the page shows off a MicroSD card slot and some software features, Like LG's phone-tablet pairing app (which has been around for a while) and some oddly desktop-like versions of Microsoft Office apps, presumably intended to be used with the stylus. 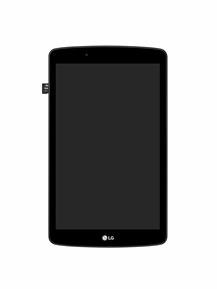 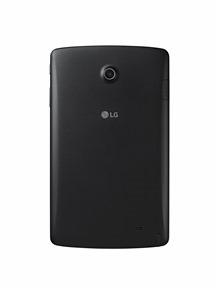 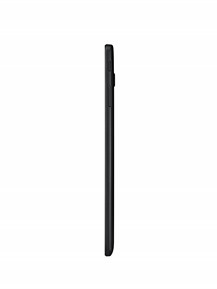 Alas, the specs as given on the site aren't all that interesting. The 8-inch G Pad II uses a 1280x800 screen, a Snapdragon 400 processor, just 1.5GB of RAM, 32GB of storage, and a 4200mAh battery. The camera resolutions aren't mentioned, but the tablet runs Android 5.0 (several months after the launch of 5.1 - boo!). There's no word of a price or release date, but if LG is advertising for its Korean customers, a retail launch can't be too far away. If you've spotted anything on the page that we've missed, be sure to let us know in the comments.