Samsung has had a lot of strange ideas in the past, but you can afford to experiment when you're raking in cash as the top Android OEM. The newly announced keyboard cover for the Note 5 and S6 Edge+ is especially weird, though. It's a case with a snap-on physical keyboard that interacts with the screen. It's also indisputably ugly.

The rear section of the keyboard cover looks like any other cover, but there are two notches where the front keyboard section attaches when you need it. There's no battery or power connector involved as far as we can tell. The keyboard is actually tapping the screen for you, thus providing the benefit of having real buttons. 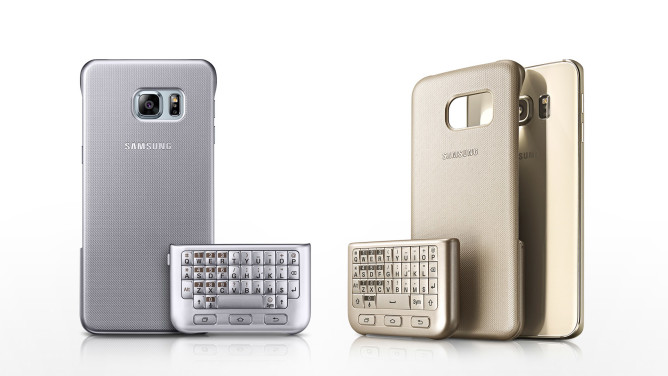 Because the buttons are simply lined up with touch targets on the screen, you'll probably have to use Samsung's default input option. The phone will recognize the keyboard cover (something to do with the home button) and switch over to a special input mode when it's attached. It also moves the UI up above the keyboard.

The case will retail around $60-80 when it launches in a few weeks. A smaller version is expected later for the Galaxy S6 and Galaxy S6 Edge. I'm sure some people will be all over this.