Today, as we expected it would, Samsung announced two new phones: the Galaxy Note 5, and the Galaxy S6 Edge+ (what a name). We were at the event and spent a few brief moments with each of the devices, got some impressions, and took some photos. So naturally it's time to talk hands-on with the Note 5 and Edge+.

If there's a main takeaway from my time handling these two devices, it's that they were what I expected. That's not a bad thing, though - Samsung has carried over the interesting refreshed design language of the S6 and S6 Edge to the new phones - the Edge+ is curved on the front, and the Note 5 is curved on the back. Both have the kind of shining, attention-grabbing finishes that drew eyes to the S6 family. And of course both tout features that Samsung is great at: displays and cameras. 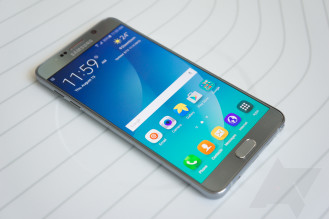 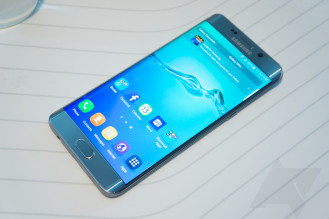 During the presentation, Samsung explained that the S6 Edge+ has a bigger display in a smaller package (than the iPhone 6+), and that bears out when holding the device. The physical size of the rectangle that is the S6 Edge+ is easy to hold (and even use to some limited extent) with one hand. And the Edge+ has a metal border that's very thin around the edges, giving it a wafer-thin feeling in my hand. 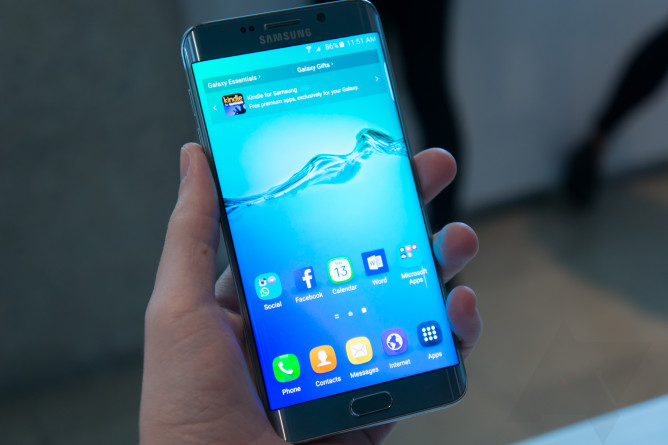 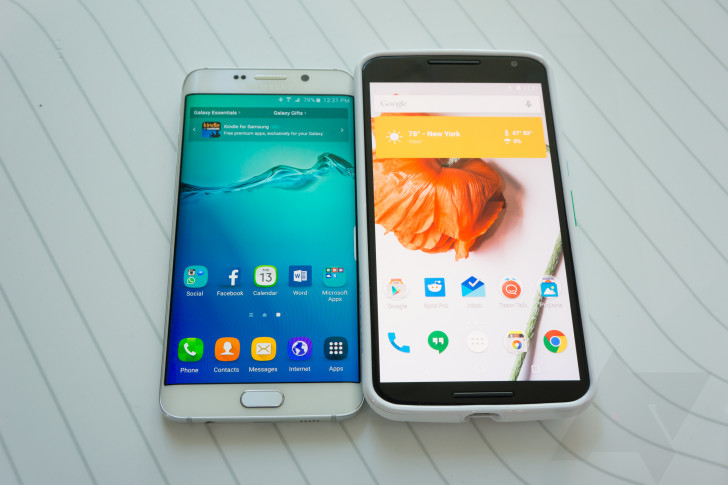 The Note 5 benefits from its curved back similarly, but to a slightly lesser extent. Instead the curved back gives it a thin but more grip-able feel, which Samsung says makes it easier to write on.

Interestingly, the camera protrusion on the back of the Note 5 seemed just a little shorter or more shallow than the one on the Edge+. Whether this is intentional or just a variation in the floor units at the event remains to be seen. 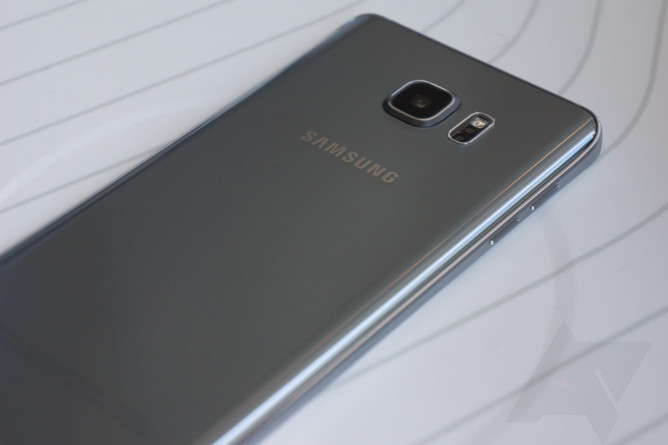 At any rate the displays on both devices are the quality we'd expect after the S6 family. Samsung's Super AMOLED panels are still bright, saturated, and responsive. There's only so much that can be said about a quadHD Super AMOLED display, and I'd sum it up as "they look really good." 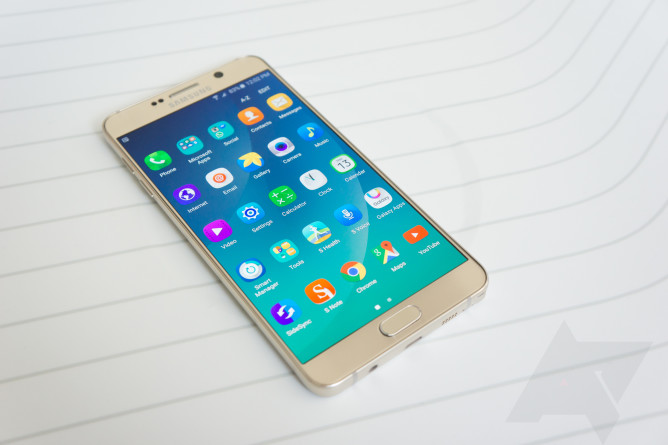 Of course the Note 5 wouldn't be a Note if it didn't have an S Pen. The pen's capabilities haven't undergone drastic changes, but its mechanics have. With the Note 5, the S Pen clicks in and out of its holster with a neat (and oddly satisfying) motion.

Unique to the S6 Edge+ on the other hand is a new UI mechanic Samsung calls Apps Edge. This - as you might expect - takes advantage of the display's curved edge to provide access to apps (and contacts). The ~4dp tab that hovers over every single screen of the interface alerts users to this capability. Swipe from there (and ostensibly from nowhere else) and the screen blurs, while a series of circles populate the right edge of the screen. 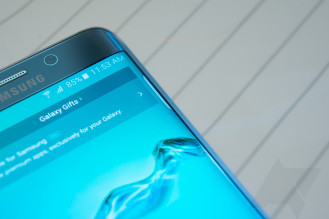 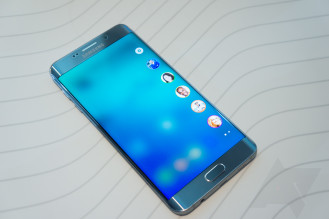 It's hard to say for sure whether this feature is more useful than, say, opening overview and getting to an app or a messaging service, but here we are.

One feature that's conspicuously absent from both devices is an IR blaster. In my book this is a nice-to-have feature whose absence isn't a deal breaker, but this may be a turn-off for some users.

The Live Broadcast feature, exclusive (for now?) to Samsung's new devices is accessed from the camera app's "mode" button, the camera app itself being accessed by a double tap on the home button. The feature seems fun, and as someone who doesn't have immediate plans to own either of these devices I hope it will end up in broader release soon. 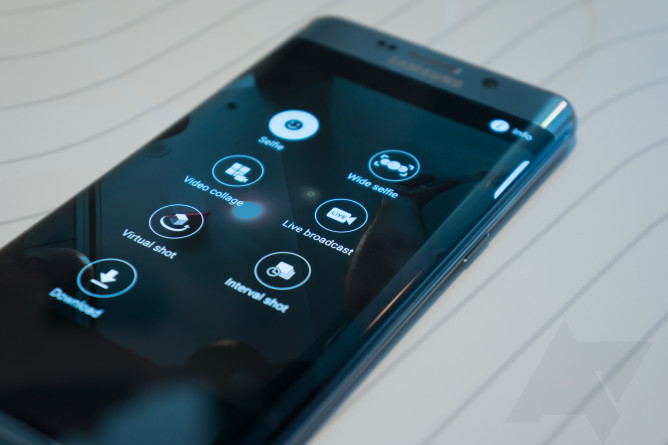 Anyway, that's it for now. Overall, as noted before, the new devices are very close to what we expected - bigger, shinier, curvier, and with upgraded specs and a few cool new features. We only had a few minutes with each device at the event, but we'll have a full review coming up that will dive deeper into each device's form and functionality. Stay tuned. Check Out Spigen's New Lineup Of Cases For The Just-Unveiled Galaxy Note 5 And Galaxy S6 Edge+ ...