Play Newsstand v3.4.3 has started making its way from the Play Store to avid readers, and it has a pair of features users have been asking for. Magazine subscribers will be happy to know auto-download has been added to give them convenient delivery of each new issue as it is released. Readers with a focus on current events will find the Unsubscribe option has been returned to the Read Now overflow menu where it is easily accessible but won't be tapped accidentally. 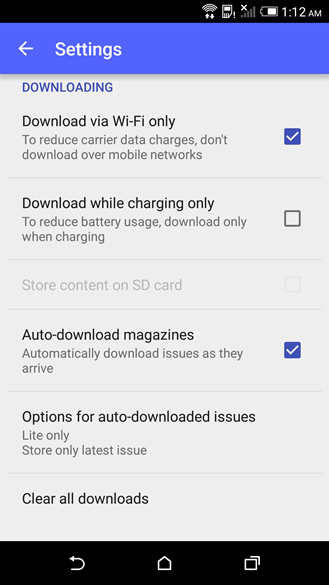 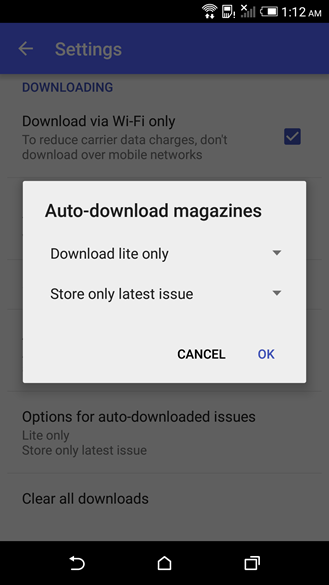 One of the best things about digital magazines is that they can be stored on a device and saved for occasions when little or no data connectivity is available. Much like podcasts, the catch is that readers have to be prepared, which means downloading content before making the trek into uncivilized territory, also known as "places without Wi-Fi." Most podcast players solve this conundrum by regularly downloading episodes when you're at home or work; and now, so does Newsstand.

Version 3.4.3 introduces auto-download so subscribers can conveniently receive magazine issues directly to their phone or tablet as soon as they become available. To enable automatic downloads, go to the Settings screen and turn on Auto-download magazines. Just below that setting is another line titled Options for auto-downloaded issues which houses options for choosing between getting just the lite version of a mag or its print version, as well. A setting is also available so users can determine if they would like to store each new issue as it is downloaded, or just keep the most recent version available. Finally, a new Clear all downloads option has been added that plays a video of gnomes dancing in the woods... I'm kidding, it obviously erases any locally stored content from your device.

As a reminder, there is already an option to have a notification pop up when new issues become available. The auto-download feature removes the need to manually begin a download for each new issue. 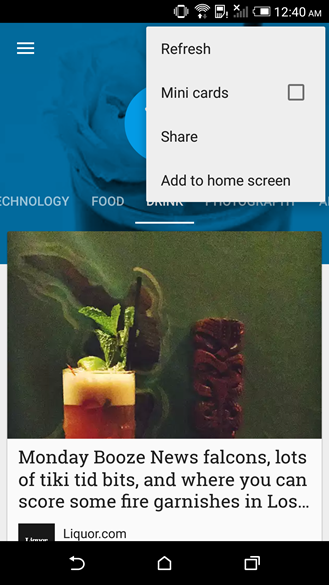 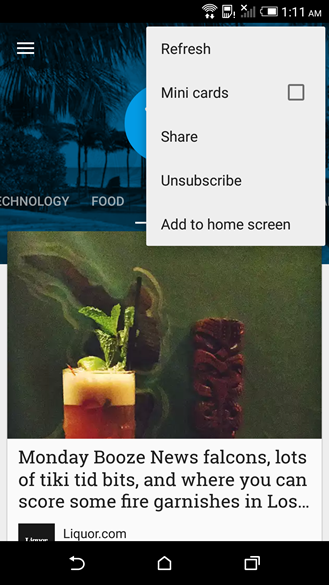 The other notable change in this release is the return of the unsubscribe feature to the Read Now overflow menu. Around the end of April, the Remove topic option was taken out of the overflow menu and placed directly in the action bar as a one-touch button. In a later update, the button was removed entirely, leaving no direct way to remove a category from the Read Now screen. This version restores the unsubscribe function to its rightful place.

I'm choosing to believe Google was experimenting with this feature and found that users accidentally hit the button too easily while it was in the action bar, and then complained after it was removed because they would have to dig into the not-so-obvious Topics page found under My Library to manage their Read Now screen.