Hey, game pirates: screw you. Seriously, you're part of the reason it's so hard to find a decent game that isn't packed with $100 in-app purchases. Of course, good old-fashioned greed on the part of game developers is a big part of that, but a demonstrable loss of revenue from relatively easy piracy (a problem on other platforms like Windows) is giving developers little incentive to release conventional premium games for a simple price. Prolific publisher Noodlecake recently looked at statistics for the excellent Wayward Souls action-RPG and found that only 11% of Android users (and possibly fewer) had actually paid for the app - the rest had pirated it from various Internet repositories.

So when Noodlecake launched Shooting Stars, a top-down shooter filled with barely-disguised pop culture icons as alien invaders, they decided to screw with the pirates. Before launching the game late last month, Noodlecake modified it and uploaded the tweaked version to well-known torrent sites. When unscrupulous players reached the third boss fight they were faced with "Daft Premium," an enemy who isn't featured in the standard version of the game. The boss spawns a huge amount of enemies with absurd levels of health. If the player is good enough to beat those, he or she faces Daft, whose health is unlimited.

Upon inevitably losing, the player is presented with a tongue-in-cheek admonition for stealing the game and a link to the legitimate version on the Play Store. (Which, by the way, is on sale for a dollar.) Noodlecake isn't the first publisher to mess with pirates: in addition to hiding game-breaking bugs in non-authenticated versions, there are plenty of examples of game makers having a little fun at the expense of their non-paying customers.

Noodlecake's blog post says that the company doesn't think that this is a legitimate answer to rampant piracy (the paid version of the app will probably be pirated soon enough), but more of a creative approach to advertising. It doesn't hurt that this will make it a little harder for pirates to find a working copy of the game. Good on ya, Noodlecake - it certainly beats shoving in-app purchases down players' throats. 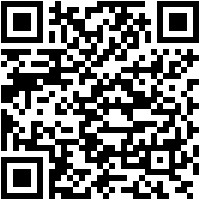