A good portion of you have probably been playing with a spiffy new Windows 10 upgrade this week. If you're a fan of Microsoft's HALO-branded digital voice assistant, Cortana, you can check it out on your Android phone, too - it's more or less a remade version of the implementation that debuted on Windows Phone devices. The Android beta app has been available for a few weeks, and Android developers are already having fun with the new tool.

If you're so enamored with Cortana that you'd like to make it the default voice assistant on your Android phone... well, you're probably going to make Microsoft very happy. They've just enabled said functionality in the latest beta version of the Cortana app, 1.0.0.204. You can download the app from the beta program on the Play Store, and it's also been uploaded to APKMirror if you'd rather not mess with Microsoft's vetting program (thanks, AndropaX). This version of the app allows you to re-assign the Google Now swipe up gesture from the Home button. 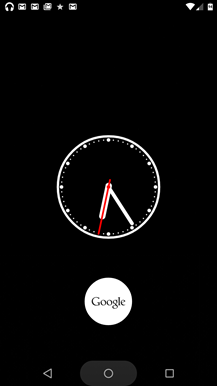 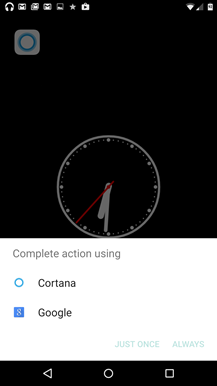 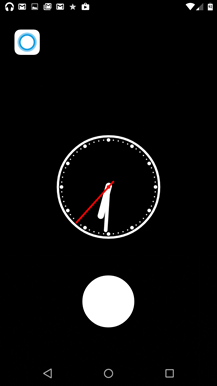 To reassign the gesture, just install the Cortana app, then swipe up from the home button (virtual or capacitive). The first time you do so, Android will ask you whether you want to open Google Now or Cortana, and if you want to make the association permanent. If you're ready to switch back, just open the App Info settings page for Cortana, tap "clear defaults," and then repeat the gesture and select Google Now instead. At present there's no way to activate Cortana with a voice command, so the "OK Google" command will work even if you've reassigned the gesture.

European Retailer Leaks A Listing And Price For A Blackberry-Style Physical Keyboard Accessory ...