Welcome to the latest entry in our Bonus Round series, wherein we tell you all about the new Android games of the day that we couldn't get to during our regular news rounds. Consider this a quick update for the dedicated gamers who can't wait for our bi-weekly roundups, and don't want to wade through a whole day's worth of news just to get their pixelated fix. Today we've got a super-realistic flight simulator, a super-unrealistic duck simulator, another Q*bert-style climber, an Adventure Time rhythm game, and an action-RPG from Ubisoft. Without further ado:

You wouldn't think that many developers would be champing at the bit to do a realistic flight simulator on a mobile platform, but it's slowly becoming an established niche on Android. Avion Flight Simulator 2015 includes 12 painstakingly detailed aircrafts with fully accurate cockpit views, from a Cessna to a Boeing 777 to an F-16. The graphics won't blow you away, but the game is free with no in-app purchases - expansions for more planes and a full military campaign are planned in the future. Oddwings is the game that a Flappy Bird fan who's gotten over his masochistic phase might want to play. Fly up, fly down, avoid inexplicably floating mines and improbable geography, and try to collect as much stuff as you can before you die. The premise isn't new - it's basically an endless runner with some interesting physics - but it's pretty and simple, and doesn't actively hate you. You can grind through levels to unlock the kooky characters or pay for unlocks with in-app purchases.

Fly through beautiful islands, solving exciting physics based challenges. Unlock and upgrade amazing new characters to unleash their powers. Race against your friends and other players for fame and glory. There seems to be an odd revival of Q*bert-style isometric platformers going on - first the surprisingly decent Mountain Goat Mountain, now Down The Mountain. Gameplay is simple, tap left or right to make your way down and avoid various traps, pitfalls, improbable cars, and the like. The structure is an unapologetic take on the Tappy Road concept (with the requisite lack of depth), but it's fun enough for short and quick play sessions.

Down The Mountain is a unique and fast-paced arcade game that will keep you hooked for hours. The goal of the game is to descend from an infinite mountain, while avoiding many obstacles and enemies, and grabbing stars and power-ups. 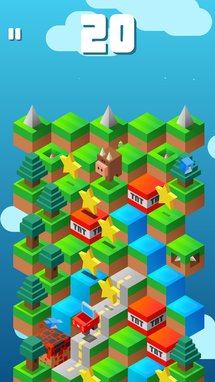 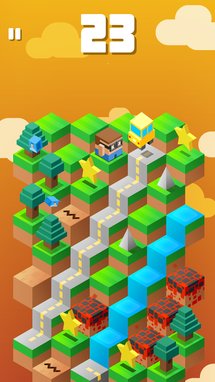 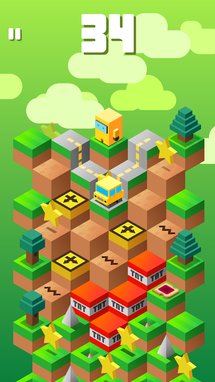 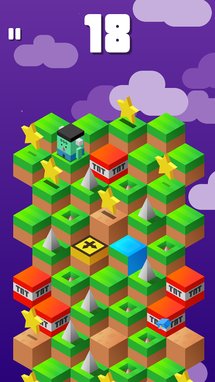 Have you ever wanted to play Guitar Hero with the inexplicable characters of Adventure Time? Now you can. Well, not Guitar Hero, exactly - you tap along to the beat as the various animated blobs rock out on screen. But for the countless fans of the show who want something focusing on the music. Rockstars of Ooo is $2, and like most Cartoon Network games, it doesn't have any in-app purchases.

Calling all rockstars. Feel the rhythm in Adventure Time Rockstars of Ooo. Get ready for a new musical adventure in the Land of Ooo. Tap to the rhythm to sing and play with Finn, Jake, Princess Bubblegum, BMO, and Fionna. Explore some of your favorite Adventure Time moments, including BMO Noire, Fionna and Cake, Wizard Battle, Marceline’s henchmen, and Party Pat in the Belly of the Beast. 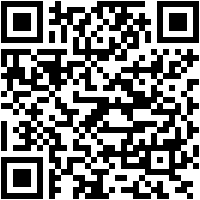 Little Raiders mixes the almost ubiquitous town-builder genre (though in this version you're building a forest hideout for Merry Men) and some solid action-RPG combat. Future Games of London (on behalf of Ubisoft) has some fantastic 2D visuals to show off, and RPG fans will enjoy the incremental upgrades to the diverse team members as they attack the oppressive enemies. Unfortunately, a free mobile game from a major console publisher means mountains of in-app purchases.

Build a treetop village and lead your Raiders into battle. Little Raiders is a unique combat adventure, bringing a magical twist to the classic Robin Hood tale. Robin's home has been burnt to the ground and he needs your help to take his revenge. Are you ready for a fantastical yet dangerous adventure fought through the lushest, vibrant forests of Snowbourne to the regal labyrinths of Brightstone? Follow an engaging plot, watch your Heroes grow and overcome the perils of revelations. 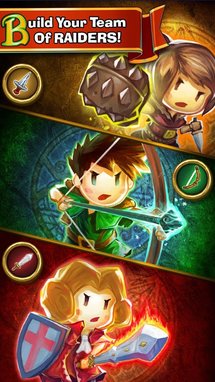 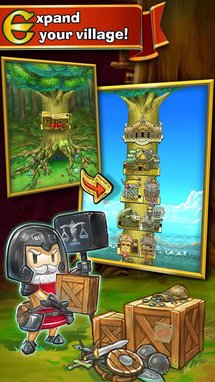 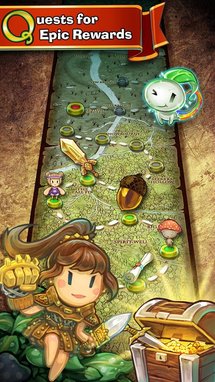 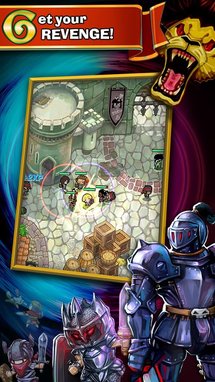