Another long design test appears to be drawing to a close for Google. After apparently beginning a wider rollout for the new mobile search UI (in testing since April), it seems that Google is making the revised image results UI final too.

This layout has been popping up since at least May, with a brighter, more crisp interface that offers more iconography, refined typography, and - yes - a section for related images. 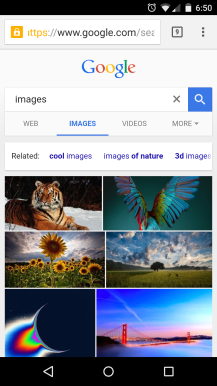 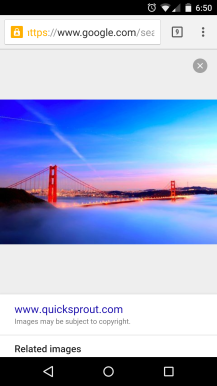 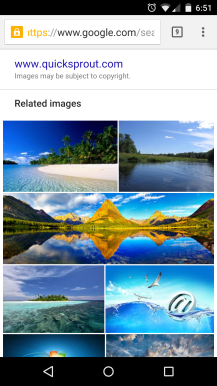 The new interface is a pretty big departure from the sparse black frame Google served up before. It may seem counterintuitive at first to make the picture viewer gray rather than sticking with the more focused black background, but the new color is much less of a shift from the canvas color of the rest of the UI, making the transition from image list to image viewer just a little bit smoother (especially since images visually transition out from the results list). If you don't mind the bright colors, the new layout is a marked improvement both visually and functionally.

Thanks Chris and Sruly!

Microsoft Ditches The Separate Wear App For OneNote, Slips Compatibility Into The Primary ...