The tower defense genre may not have been born on mobile devices, but it's a match made in heaven. Tapping on stationary structures and slowly moving units is a gameplay style better suited to touchscreens than gamepads or, arguably, mice. The basics have been done to death by now, so developers are coming up with creative new ways to expand the genre.

In Clandestine: Anomaly (no relation to the superb Anomaly series of tower defense games), developer ZenFri has combined top-down strategy with augmented reality. Here's a game that doesn't just rely on your touchscreen, it needs your camera and GPS as well. In this game, aliens are baring down on your actual location. You go to various points within a mile radius of your home to engage them in battle.

The mechanics aren't the quickest to grasp, but this looks like the type of experience that couple pay off for those who put in the effort. The visuals are captivating, even if they do come off as fuzzy at times. It's nothing that wouldn't look out of place on a Nintendo 3DS. And there's just something cool about seeing aliens and machines wage war among real-life trees.

Here's a video demonstration of the developers explaining how the game works and playing through the first few engagements.

Clandestine: Anomaly originally launched on iOS in June, and now it's in the Play Store. You can play through the first few battles for free. After that, you will need to hand over a buck or three. 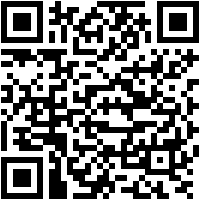 Motorola Posts The Android 5.1.1 Open Source Kernel For The 2015 Version Of The Moto E