If I said this didn't look pretty useful, I'd be lying. Don't get me wrong - Android's notification panel has come a long way and is already pretty great, but there's always room for improvement, right? Snowball takes over the notification shade and gives the user full control of what's going on, allowing them to easily hide notifications by type, as well as "star" others so they always show. It also enables the ability to reply to MMS and SMS messages directly from the shade, which is pretty rad. It also looks like it can call up relevant apps based on certain events, like calendar appointments with a location pre-defined, for example. In that case, it offers options for Uber, Lyft, or even Maps. Seems useful. 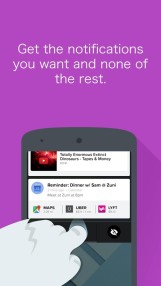 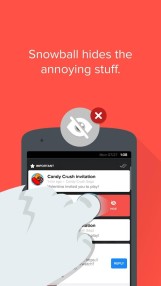 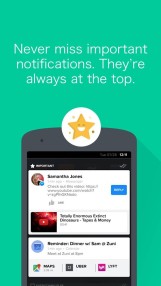 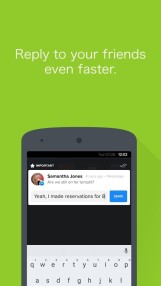 Snowball is a free download in Google Play. Hit the widget to give it a shot.