Welcome to the latest entry in our Bonus Round series, wherein we tell you all about the new Android games of the day that we couldn't get to during our regular news rounds. Consider this a quick update for the dedicated gamers who can't wait for our bi-weekly roundups, and don't want to wade through a whole day's worth of news just to get their pixelated fix. Today we've got a visually unique adventure game, a brand new RPG, a game that lets you shoot Justin "Belieber," an interesting take on falling tiles, a beast-themed tactical RPG, a cutesy sliding block puzzler, and an off-road racing game. Without further ado:

Barmark is a point-and-click adventure game with an art style that's unlike anything else on the Play Store right now - it looks like a mix of paper mache and sumi-e. There isn't much of a story; the only real point is to wander around and activate various otherworldly machines, which will in turn affect the surrounding land and animals. There aren't any goals or enemies, just a bunch of pretty stuff to look at.

Barmark is a point n' click exploration game, where you can alter the game's environment in order to achieve harmony and personal perfection. There are no goals, no points and no death. Barmark let's you be in control of your own experience. For each new game in Barmark five landscapes out of eight possible will be randomly chosen. Also a randomly selected pair of Archanimals will be chosen to inhabit Barmark. 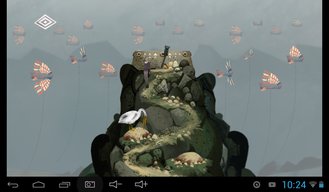 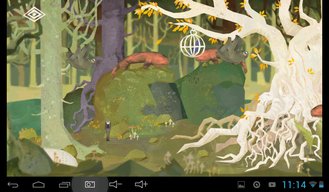 It's rare that we see a quality Japanese-style RPG on Android, at least one that's 1) new and 2) not laden with ridiculous in-app purchases. Trulon bucks the trend with a unique Victorian-fantasy setting, an interesting art style that combines 2D and 3D, a card-based battle system, and a winding story. The only real downer is that the game's description says its primary story is only 5 hours long - a bit skimpy for a $5 game.

Enter a world of steampunk and magic by experiencing the debut title of the Trulon series. Trulon - The Shadow Engine is an adventure RPG with a unique card combat system. Battle enemies mutated by magic as you explore the kingdoms of peaceful Tripudia and dangerous Maelon. Unravel the threads of an insidious plot and uncover dark secrets to help bring an end to the mysterious disease threatening Tripudia. Shooting Stars is a nonsensical top-down space shooter. Well, sort of a space shooter - you play on the ground, and you're shooting celebrities like "Kanye East" and "Justin Belieber." The game follows the conventions of the genre pretty closely, but shrinks the experience down to bite-sized chunks with a quick and dirty roguelike structure. One dollar gets you all the fake celebrities and Reddit-grade mems you can handle, with no in-app purchases.

This game is the answer to one of the most important questions in life: “I can haz lazer kitty?“ Yes you can. Shooting Stars is a refreshing colorful and funny take on the classic arcade shoot'em up, bullet hell, shmup, space invader like, whatever you want to call it – but finally, with evil aliens disguised as superstars, cats and rainbow lazers. Superstars like Justin Belieber, PewDerPie, Kanye East and many more. 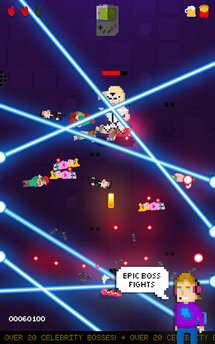 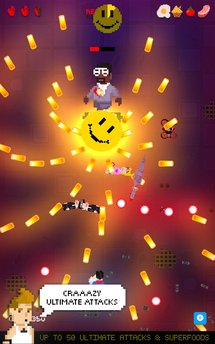 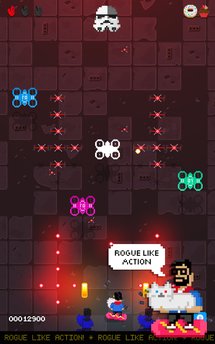 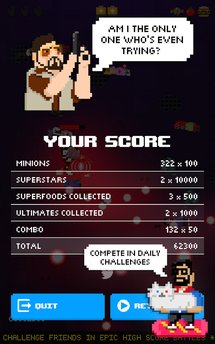 Why is this fast-paced puzzle game named for a busy neighborhood in Tokyo? Search me. But it's an interesting take on the falling block puzzle, requiring speed and spatial awareness to master. Empty blocks fall one at a time, which you can fill with linear colors. Match the fallen blocks up to clear them, earning bonuses for consecutive cleared spaces or completely wiping the board. It's unique, sort of like Tetris one block at a time, and the IAP is entirely cosmetic.

Can you become a Grandmaster? Featuring a stunningly simple and award-winning mechanic, Shibuya Grandmaster is a fast-paced arcade game of depth and old-school challenge that will have you honing your skills for years.It's simple to learn, but you'll be tested as your brain adapts to a whole new way of thinking and your fingers try to keep up. Don't give up. As you learn to effortlessly plan ahead, form combos, and dig yourself out of tight spots, the feeling of being in the zone is unlike anything else. 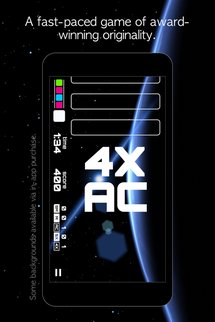 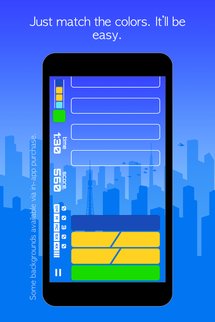 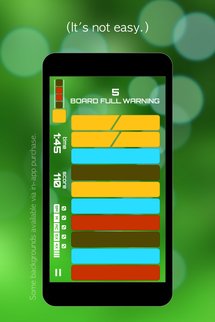 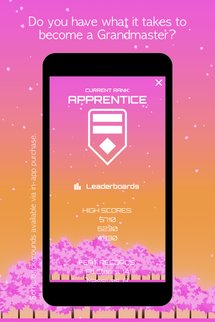 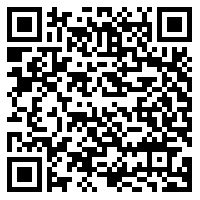 If you've ever seriously considered cosplaying as the Beastmaster, this is the RPG for you. Your job is to collect and train as many wild critters as you can and pit them mercilessly against your enemies. (Don't worry, they're anthropomorphic animals with weapons and armor - this isn't a Pokemon-style cockfight.) The hand-drawn graphics are nice, if somewhat lacking in animation, and the game is free with no ads or in-app purchases.

Carry the roar of the forest in your pocket with this Beast themed turn based RPG. Assemble your party of beasts, visit taverns, collect loot and defeat the King - in an adventure sprawling 3 maps and lots of carcasses. Embark on an adventure together with Vincent-Van-Goat, Doctor Hoo, Fat-Boar Slim, Jane Doe, Megunn Fox and everyone's favorite hawkentist - Stephen Hawk. Tired of 2048 and want something with a little more personality? This game has you sliding little glob-monsters to their matching petri dishes. All the drops move in the same direction with every slide, so getting them around the grid-based puzzle stages requires a bit of finesse. The free version allows you an impressive 80 levels. In-app purchases are present, but small.

Drop Hunt is a game where you are tasked with moving colored droplets into their corresponding jar. You will have to solve eighty puzzle levels that are spread across four different locations to restore the elixir and save the daughter. Drop Hunt is nicely animated and game play can be challenging. Join an adventurous puzzle race to cure a little girl. Help Dr.Dunno to collect all drops of his unique miraculous elixir. Hunt for drops. 4x4 JAM (or possibly Jam, the description conflicts with the title) is a standard offroad racer with some impressive track environments and truck models. There's not much to it - just four tracks and six vehicles at launch, with no multiplayer - but it sure is purdy to look at. The game's progression is currency-based with in-app purchases, but they top out at $4 or so - more than reasonable.

4x4 JAM HD is the most unique all-terrain Off-Road Racing extravaganza you've ever seen. Dash through the river, jump over your opponents, roll down a steep hill - there are no limits and no boundaries in 4x4 JAM HD. Challenge your opponents on rainy meadows or hot sand dunes and experience the excitement of hill climbing with custom built Off-Road vehicles. 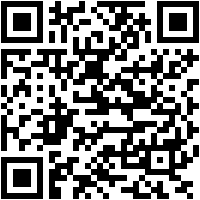