Sony is currently riding high with the success of the PS4, but there's a dark spot in the Japanese company's just-announced quarterly earnings. Of course, I'm referring to Sony Mobile. The mobile division responsible for Xperia-branded phones and tablets saw its worst sales numbers in three years. This does not bode well for future Xperia products.

Sales in the recently completed quarter fell 16% to 281 billion yen (about $226 million), however there was no profit to be had. Sony Mobile's operating losses increased to 23 billion yen (about $185 million). It only moved 7.2 million Xperia devices in the quarter, a 23% drop from this time last year. Sony is lowering its yearly forecasts for the mobile division yet again, anticipating continued problems. 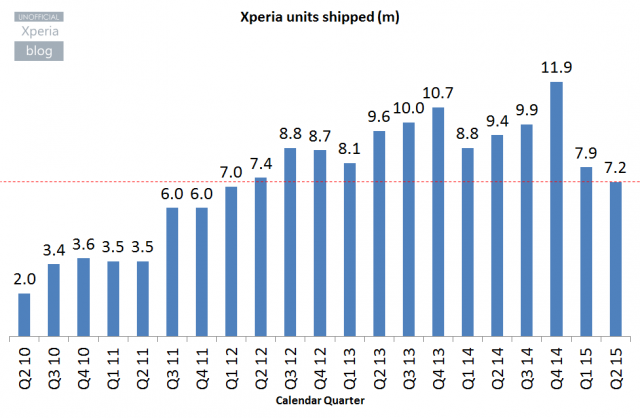 Sony Mobile's CEO has stated recently that the company would never exit the mobile market, but how long can the parent company let Sony Mobile keep hemorrhaging money? Sony is working on a revamped version of its Android software, but it's going to take more than that to pull out of this death spiral.

Unsurprisingly, AT&T Thinks They Should Not Have To Pay $100 Million FCC Fine For Misleading ...