Toyota is at this point already known as something of an opponent to Android Auto, and a new press release today seems to confirm that the company's commitment to not using Google or Apple's connected car systems is ongoing. Additionally, multiple websites have confirmed with Telenav and Toyota that this is essentially seen as an "alternative" to the Auto/CarPlay approach.

A partnership with a company called Telenav will allow Toyota owners to connect their smartphones to their vehicle in order to project a third-party navigation app onto their... I'm sorry, what were we talking about? I've never felt myself losing interest in something so quickly. This app will let you do things like navigate places and... no, that's actually pretty much it. This is the future, at least according to Toyota, of automotive connectivity. The idea here is that you can get a Toyota without the nav package but with the bigger infotainment system, and this Scout Link app will use your phone's GPS and an Android or iOS app to "add" navigation to your car. Is it better than no navigation whatsoever? Sure. Is it better than just docking your phone on your dash and using Maps? Supremely debatable.

Alright, let's be serious: Telenav's app actually does rate well (here). It appears to be a social mapping and navigation / traffic system, so basically a Waze competitor. At least it's not like Toyota's using something that's going to be de facto terrible, which is often the case with infotainment tech. But there's little doubt that automakers will basically be expected by many young buyers to hop onto the CarPlay and Android Auto bandwagon in the next few years, and that Toyota is just sort of delaying the inevitable. I'm not saying today's newly-announced feature is a bad thing, but I am saying it's clear Toyota is not prioritizing in a way nearly the entire rest of the industry is, and instead would prefer to ordain as the world's #1-2 automaker just what the "connected car" is. I feel this may come back to bite them in the ass - especially when Auto and CarPlay start getting features that go beyond the very basic ones they offer right now. 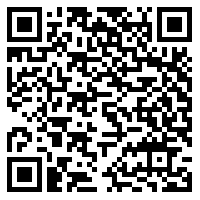 With Toyota's #1 competitor Volkswagen offering three separate projected phone interfaces (Auto, CarPlay, MirrorLink) on a huge swath of their 2016 lineup, I would not be surprised if Toyota loses a few sales. Obviously, the company thinks any impact would be minimal enough to not be worrisome for the bottom-line (and I'd probably agree with that), but Toyota has developed a reputation in recent years for playing it too safe on driving experience and technology, and keeping a closed-off infotainment experience just kind of piles onto the problem.