At an event in California earlier today, Volkswagen officially announced that upcoming 2016 VW models will be Android Auto-ready. Which models? For now, what we know is this: most model year 2016 VWs at "SE" trim and above will likely pack the generation two MIB infotainment system, which has Android Auto (and Apple CarPlay). There are 6.5" and 8" versions of MIB 2, but both offer the same Auto experience.

As far as actual cars, if you go to a VW dealership in the US with a 2016 Golf R in stock, you can drive away with Android Auto today. This is not to be confused with the 2015 model year Golf R, which does not have Auto. Volkswagen will not be upgrading any of its currently on-sale or previous models with Auto compatibility, mimicking what we've seen from most other automakers aside from Hyundai. The 2016 Tiguan, the smaller VW SUV, will also be showing up at US dealers shortly - in a matter of days - and will also have Android Auto on the SE trim levels and above. The 2016 Golf and Jetta should both launch later this summer (think end of September-ish) with MIB 2, as well, with Auto on SE-and-above trims. 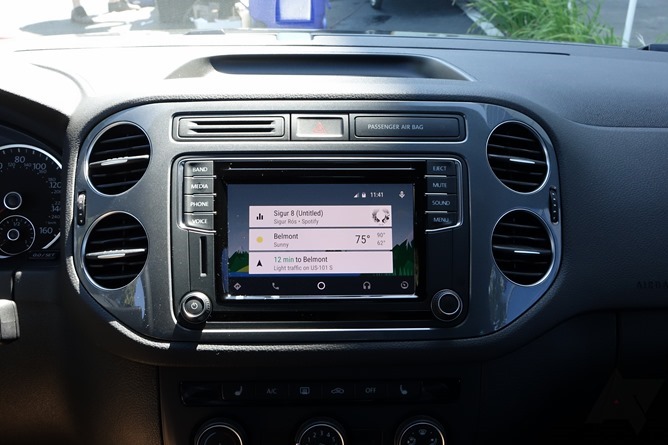 Other models (such as the 2016 eGolf and Golf SportWagen) will come at later dates, but the vast majority of VW's 2016 model year lineup will be getting the requisite MIB 2 head unit (assuming you get the right trim level), so almost every VW launched in the US in the next year and beyond will have Android Auto available. Volkswagen will have basic trim levels without Android Auto that use a tiny 5" display, too, but VW claims these make up a minority of their US sales. 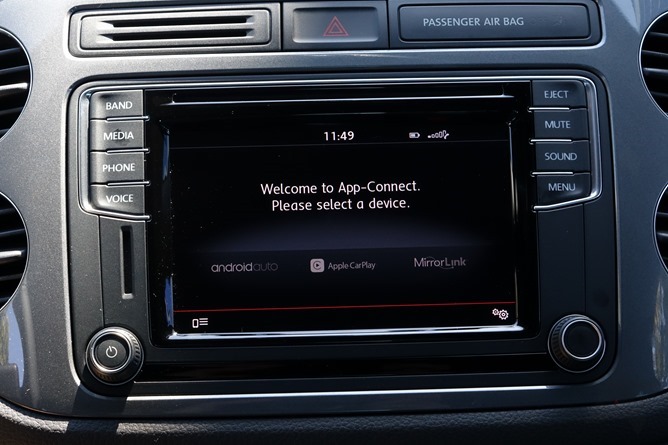 Volkswagen's implementation of Auto is pretty much what we've seen in other vehicles, though VWs do have a secondary infotainment control knob for their system, and this can be used as a rudimentary selector knob in Auto - something I've not yet seen on other cars. What extra control does this allow? Well, you can scroll through lists (say, of songs or cards), and in the Google Maps interface the knob acts as a zoom control. Pressing the knob, obviously, acts as a touch input would. This could make Auto a little more eyes-free if you become accustomed to the ins and outs of navigating it, though switching activities still requires you to touch an icon on the navigation bar below. 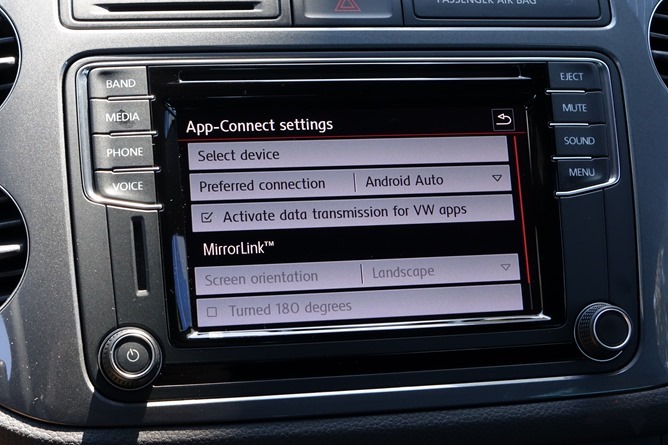 Volkswagen is unique in that their MIB 2 system supports not just Auto, but also CarPlay and MirrorLink (a standard championed by Microsoft, but also supported by Samsung and HTC).

Hopefully we'll be getting to spend some time with some of these cars in the next month!

Here is the full list of VWs that will be getting Android Auto for the 2016 model-year. Only the Eos and Touareg will not have Android Auto available at any trim level.

Report: AT&T Wants All Its Android Phones To Have An Active FM Radio Tuner Starting Next Year