So let's break this down a little. First of all, that button on the front isn't a clicking button (see our hands-on for more). It's a capacitive button, but there's a border to help you line up for the fingerprint sensor. It does still give it a Samsung vibe, though. The screen is a 5.5-inch 1080p LCD, but it's a different panel manufacturer this year. Hopefully we won't see the same touchscreen defects this time. The OnePlus 2 is a little thicker and heavier than the One was (176g vs 162g and 9.85mm vs 8.9mm). It will have StyleSwap covers out of the gate, a feature that was canned last year because of manufacturing and design issues. On the left side of the phone is something a bit unexpected, a hardware mute switch. This is a three-position switch that toggles between the all, priority, and none notification modes in Android. I'm undecided on this feature, but David has spoken highly of it. 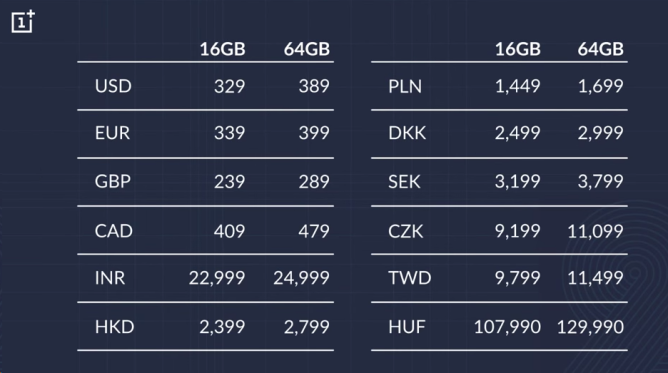 Shortcomings? Oh, yes there are some. One profoundly weird thing is the lack of NFC (we have confirmed this). I don't even know what to say about that. So Google Wallet/Android Pay won't work on this device, nor will any other NFC-activities like Beam. Also, no QuickCharge 2.0 and (obviously) no wireless charging. The reversible Type-C port is not a USB 3.0 port. It's still just USB 2.0, but there's a Type-C interface package slapped on there. Going forward, I'd like it if we could call it the "Frankenstein port." Thanks.

If you buy a OnePlus 2, it'll ship on August 11th. That's only for the 64GB, and of course, you'll need an invite. We're also hearing that the European units will ship out before US ones. Additionally, OnePlus will be selling USB Type-C cables (reversible at both ends) for the 2 at cost, so you won't have to break the bank getting a few extra.

OnePlus Doubles Down on Design, Power and Innovation for the OnePlus 2, from $329

year’s OnePlus One, the latest offering reaffirms OnePlus’ commitment to the highest level of

craftsmanship in the industry today. The OnePlus 2 boasts top of the line specs, one of the best cameras on the market, beautiful design and the adoption of state of the art technology.

“From day one, we’ve prioritized our product and our community above all else - we carefully listened to our users’ feedback and incorporated suggestions in building the OnePlus 2.” said OnePlus Founder and CEO, Pete Lau. “We chose premium materials, the highest performing components and forward thinking technology to make this an unparalleled user experience.”

direct sunlight with 178 degrees of crystal clear viewing angles. Noticeably more solid and durable, at just 175 grams, the OnePlus 2 is easy and natural to hold. A 3300mAh lithium polymer battery powers the device throughout the day, and as a dual-sim device the OnePlus 2 simultaneously supports two Nano SIM cards with 4G LTE capability.

The 64-bit Qualcomm® Snapdragon™ 810 SoC is the fastest processor on the market. With up

to 64GB of storage and eMMC 5.0 flash memory, the OnePlus 2 is lightning quick. Paired with up to 4GB of LPDDR4 RAM, the OnePlus 2 powers all your apps, games and videos.

The OnePlus 2 camera has been engineered for improved clarity and stability, accomplished with the addition of an advanced Optical Image Stabilization system. Rear mounted laser technology sharpens and focuses the camera in just .33 milliseconds and the wide-angle 5 megapixel front-facing camera ensures every angle is covered.

The OnePlus 2 is a continuation of the smooth curves and clean lines that defined the OnePlus One. A striking yet subtle floating display and metal chamfered edges add elegance and solidity to the outer frame, also making the OnePlus 2 easy to hold and comfortable in the hand.

In addition to OnePlus’ signature Sandstone Black, consumers now have access to a range of

Ahead of the Curve

Equipped with a USB Type-C charging port, OnePlus is paving the way for the adoption of USB Type-C technology, the latest in charging and data transfer. Taking it one step further, the OnePlus charging cable uses patented technology making the Type-A side reversible as well.

The OnePlus 2 is equipped with a fingerprint scanner, adding premium security and convenience. Users can now wake and unlock the device with one of five stored fingerprints in less than half a second. Additionally, the OnePlus 2 features an alert slider for quick access to custom notification settings. Unprecedented on an Android device, the alert slider can silence the device with a simple click.

The OnePlus 2 is the first device in the world to ship with OnePlus’ own operating system,

OxygenOS. “With the OnePlus 2, we're making a bet on the future, and doubling down on a holistic product experience,” said OnePlus Co-founder, Carl Pei. “We're excited for what our fans have to say.”

OxygenOS, based on Android 5.1, is a refreshing take on the pure Android experience. Subtle customizations like on screen gestures, dark mode, the ability to switch between hardware and capacitive buttons and toggle quick settings are baked in throughout the OS. Loaded with custom apps including Camera, Audio Tuner and File Manager, OxygenOS delivers a light, secure take on Android.

Fans can visit one of nine pop up experience centers located around the world on July 31st to sign up for an invite and be one of the first in the world to see the OnePlus 2. Users can also tune in to OnePlus’ social media channels starting August 1st for a chance to get an invite.

Hands-On With The OnePlus 2: Wood, Fingerprints, And Mute Switches