If you've got a Moto G or Moto E, your phone has an FM radio built right into the design. Motorola's official app for using the FM tuner isn't much to write home about, but it's become considerably better today. The updated app (version 02.00.0045, according to the Play Store) updates the player's user interface to a fresh Material Design theme, now with a fetching teal and white color scheme. 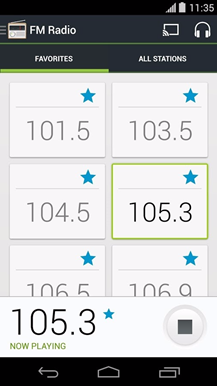 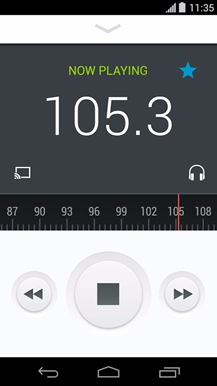 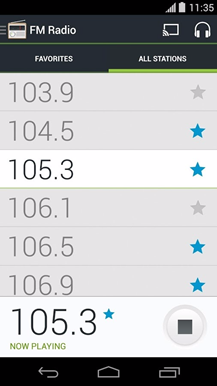 Old above, new below. Hey, I love Lorem Ipsum FM! 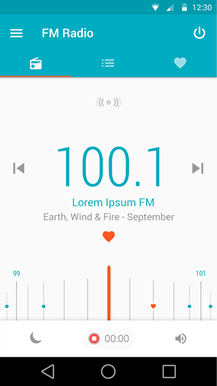 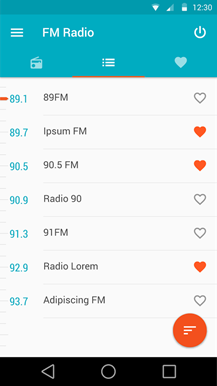 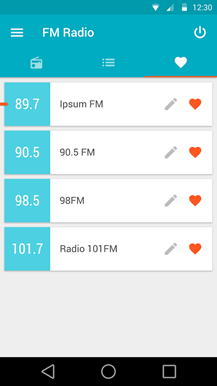 But wait, there's more! The app can now records sounds directly from the tuner, a great bit of extra functionality that makes me wish my fancy-pants flagship had a radio built-in. (Add an audio editor on your phone and you've got unlimited tracks, so long as you're OK with Top 40.) It also includes a sleep timer, a little tool that lets you set a time limit and turns off the radio as you go to sleep. Motorola also says there are usability improvements to the tuner - note how the favorites are marked on the horizontal dial.

Motorola's FM radio app is only compatible with its G and E series phones - even if you've got an FM tuner on another device (a popular feature for low-cost phones outside the US) you won't be able to use it. 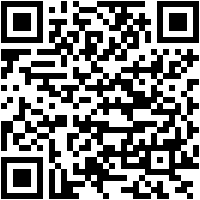