I've never used a OnePlus One for more than a few minutes, and I've never really had much of a desire to (hey, just being honest). After hearing Artem's many horror stories about the device, seeing the slow OTA timeline of Cyanogen Inc., and being perfectly happy buying a full-on flagship phone since no-interest financing is readily available here in America, the One never really caught my attention as a product. So, I like to think I'm going into the OnePlus 2 with slightly fresher eyes here, though what that really amounts to in any substantive sense I have no clue.

The design of the phone is noticeably iterative of its predecessor, but it comes off as confused and strange at times. If anything, I actually prefer the look of the original phone. The OnePlus 2 looks utilitarian, squared-off, and generally uninteresting at most angles. The only time any character shines through on the design it is either in the form of being evocative of other phones (see: home key that looks like a Samsung home button) or simply being awkward, like the strange placement of the camera module. OnePlus' aesthetic saving grace will almost certainly be the replaceable "style covers" for the back of the phone. They're finally happening - three real wood [veneer] finishes and one Kevlar style cover will launch with the phone, and they'll cost a surprisingly reasonably $28 each (well, reasonable in terms of OEM accessories). 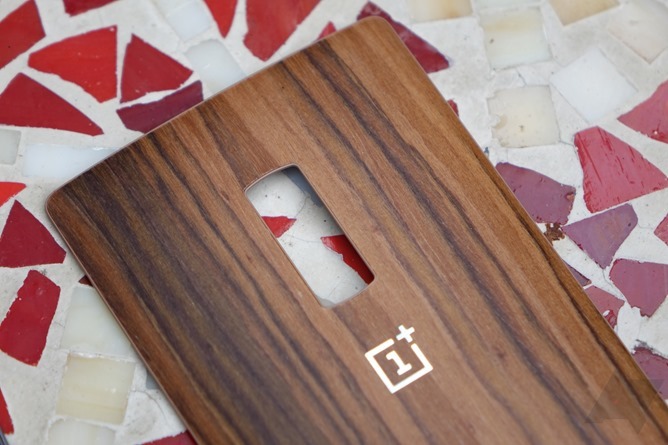 I personally didn't find any of the covers that will launch with the phone very appealing, but it's clear there is demand for wood and other materials on phones a la Moto Maker, so I don't doubt for a second that OnePlus will sell these to many of their customers. The Kevlar version, in particular, is one I would think to be a big hit. And yep, it's real Kevlar, sourced from DuPont. 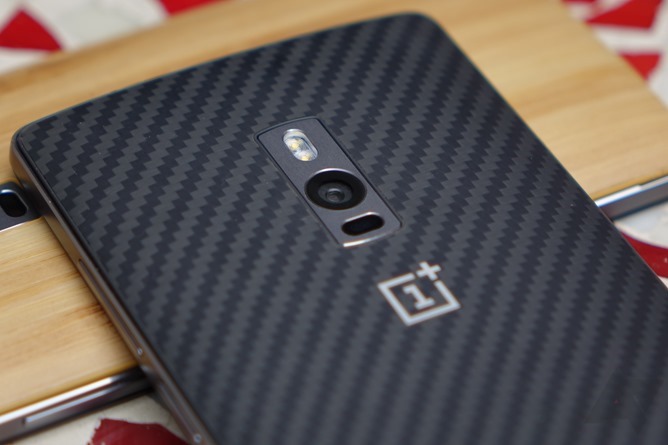 Functionally, the biggest addition the OnePlus in terms of hardware is likely the fingerprint scanner. It's not a physical, press-able button - it's just an indentation on the front of the phone vaguely shaped like a [Galaxy phone] button. It's a capacitive home key in addition to being a touch (versus swipe) fingerprint scanner. We didn't have enough time to really test the scanner meaningfully, so look for that in our full review. Adjacent either side of the scanner are the capacitive keys, which are backlit, but almost completely invisible when illuminated outside even on a cloudy day in San Francisco. They're tiny little dashes (since the back/multitask keys can be switched), and given the option is there, I'd probably forego them for the software keys. 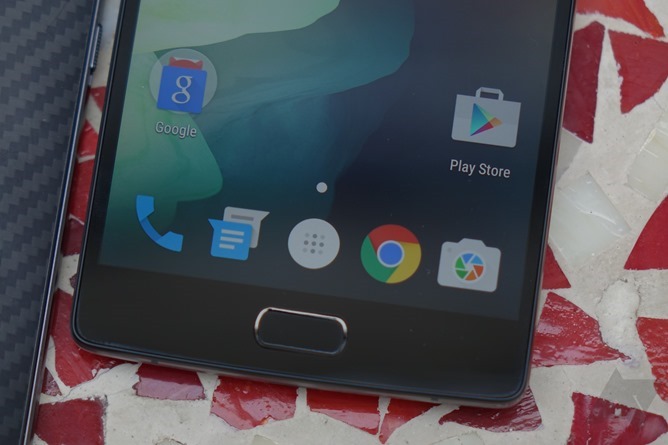 See the capacitive keys? Yeah, neither do I.

Other changes include the aforementioned mute switch, which I personally think is a great idea. While I tend to use my Wear device as a sort of digital mute switch for my phone these days (actually quite a handy feature IMO), I don't always wear a smartwatch, and I do like the idea of a mute switch. If anything, it's the one major piece of iPhone envy I have. The OnePlus 2's mute switch has three positions - normal, priority, and no interruptions. If you don't use priority mode on your device, you can just slide all the way to full mute. I genuinely love this small addition - I wish more phones had such switches. 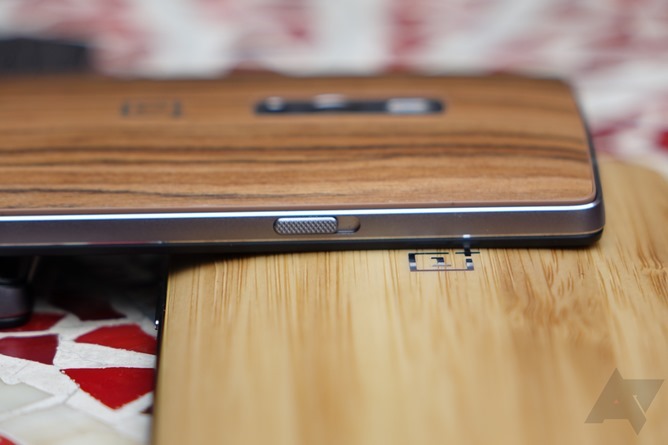 Unfortunately, I forgot to check if the software volume controls override the switch.

The volume rocker and power button are now next to each other on the right-hand side of the phone... and I don't understand why anyone does that, but given you have double-tap to wake as a feature in Oxygen, I guess it's not such a big issue. The buttons themselves didn't seem great, if I'm honest, but these were preproduction phones - final units may perform and feel better. 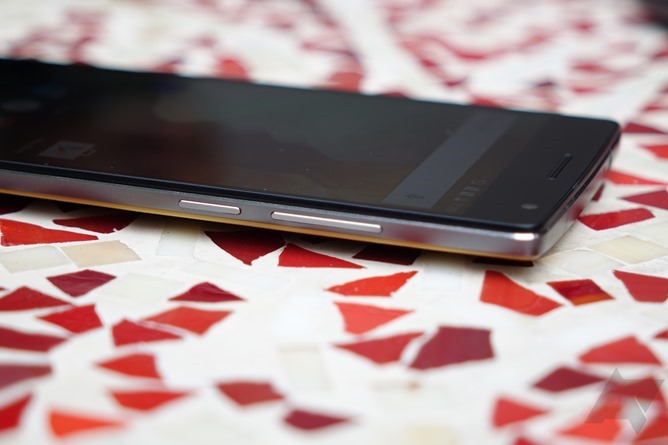 Moving to the back of the phone, we see the new camera module, which OnePlus claims is a substantial improvement over the One. The module has also made the phone thicker, because of a larger sensor, and OnePlus has seen fit to add a laser autofocus module, which will hopefully greatly enhance focus times in low light.

The display is a brand-new custom panel sourced from JDI, and while the same size and resolution of the One, it has a greatly enhanced maximum brightness and, I would say, superior viewing angles, too. Side by side with the quite-bright 2K IPS of the G4, the OnePlus 2 looked just as bright, if not slightly brighter - this will make it a lot easier to use outdoors. That said, 1080p on a 5.5" display is right at the edge of where I'd say 2K might start to be desirable. I personally wouldn't mind, but some people may. The 2 also now has in-cell touch as opposed to a discrete panel in the glass, so cracking your screen will no longer mean you'll lose touch response. Gorilla Glass 3, as on the One, is also present. 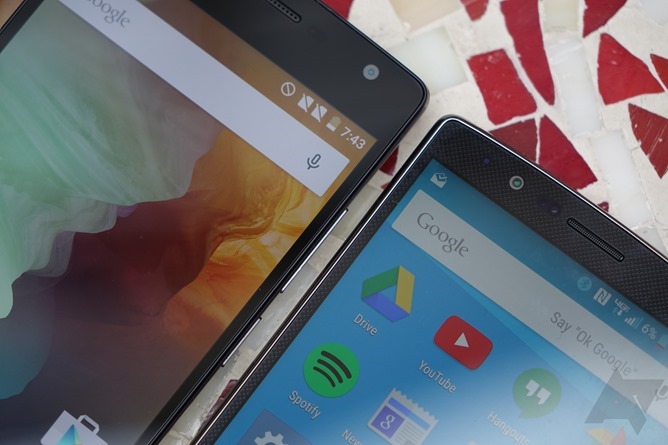 Side by side with a G4 at max brightness, the 2 does admirably.

Oddly, the OnePlus 2 lacks NFC. A non-removable 3300mAh battery lurks under the black plastic behind the removable rear cover, and as with the One, no microSD slot is to be found. There are also two SIM slots, and both support LTE - and that could be handy depending on where you live or travel. And, of course, we can't forget USB-C. The OnePlus 2 will be one of the very first phones with a Type C USB connector, which is reversible. The included cable, however, is a Type A to Type C, not a C to C cable. The A end is reversible (OnePlus' own design, they claim), but it has exposed contact points, so I'm not sure what that's going to entail in terms of long-term durability. They'll sell these cables for $5 apiece ("at cost" according to OnePlus), which is definitely a decent deal. 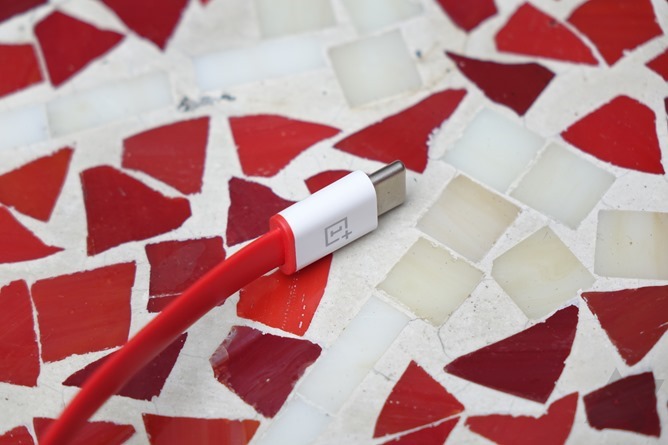 What does type C actually mean for you? It means the charge/data port is reversible - that's really it. The OnePlus 2 is not a USB3 device, it does not support any enhanced charging capabilities or "daisy-chaining" (it also does not use QuickCharge 2.0 or Oppo's VOOC), and therefore the only benefit to the type C connector is future-proofing and reversibility. Remember - type C does not mean by necessity that you're getting data speed or charging or video-out benefits of the USB3.1 standard. A type C connector can be implemented on USB2.0, and this one is - it will work functionally just like a USB2.0 microUSB port. It just looks different. 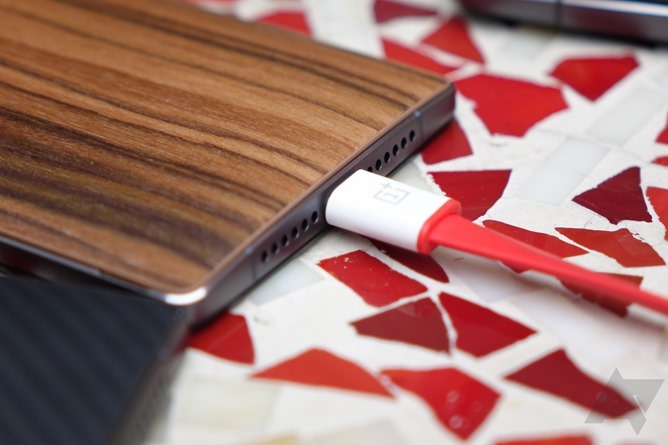 The dual stereo speakers of the OnePlus One have been replaced by a single bottom-firing mono unit, which OnePlus claims has a slightly lower peak volume, but noticeably increased clarity.

Heading into the software, I'll be frank: I really am not sure how I can write about this. Oxygen OS is still pretty stripped out and stock in feel and runs on Android 5.1.1, though it does have some of its own features. OnePlus is introducing a brand-new launcher with Oxygen OS 2.0 on an opt-in basis, and in my short time with it, it felt basically like Google Now Launcher minus the whole Google Now part. The left pane will be some kind of content and quick access hub, but without internet connectivity or a fully set-up device, it was hard to get a feel for exactly what this experience will offer users that might actually be compelling. 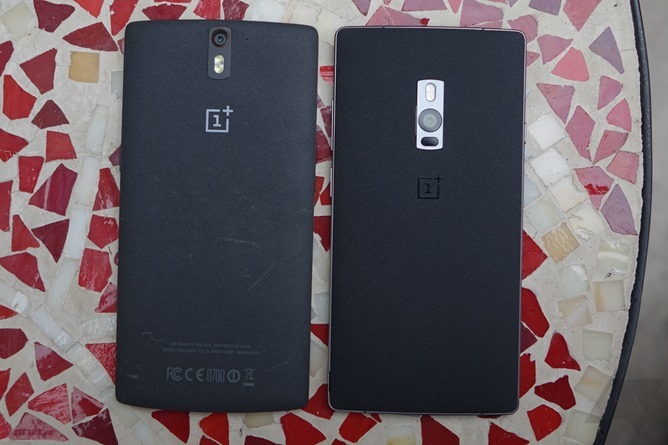 Call me crazy, but I think the One looks better.

You do get custom features, of course, like tap to wake, the "V" and "O" draw gestures featured on the OnePlus One (and perhaps not-so-curiously, most Oppo phones), as well as customization options for the front capacitive buttons, switching to virtual software buttons, and OnePlus' in-house developed camera app, which will at some point (ie, not at launch) get a pro/manual mode that will allow more control of the camera as well as DNG [RAW] capture. 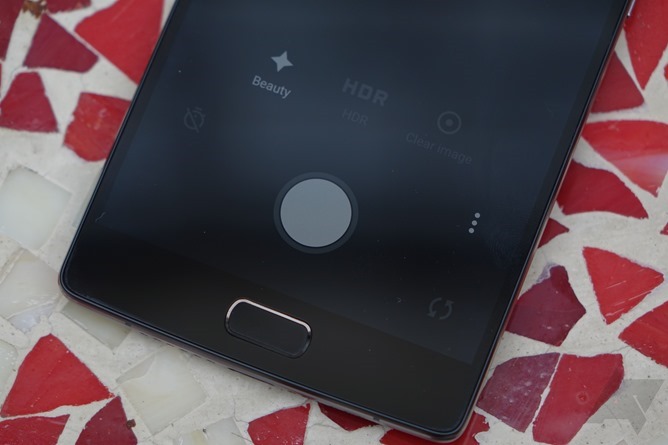 The software felt speedy and responsive to me (the phone runs with a Snapdragon 810 processor and 4GB of RAM), with no particularly strange jitters or pauses that I noticed. A full review will be necessary to look at this in any truly credible sense, though, so we'll reserve judgment till then.

As stated in the announcement, the 2 will debut in two trims - 16GB and 64GB. The 64GB version will be the only version to ship, with the 16GB variant going out a few weeks later. Pricing is, according to what OnePlus told at the time we used the phone, $329 and $389 for the 16GB and 64GB versions, respectively.

When can you expect our review? Ryan Whitwam will be delivering those words and pictures to you in the next couple of weeks. 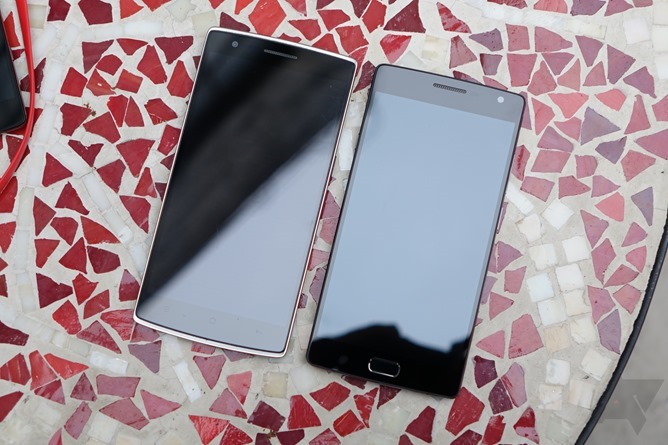