A couple of weeks ago, I reviewed the Inateck MercuryBox, a cheap speaker that left me extremely unimpressed. Like I mentioned in that review, I'm normally really skeptical of speakers that cost less than $100 -- especially ones that hit around the $50 range. But while I was writing about the MB, I got my hands on the new hotness from G-Project: the ultra-portable, water-resistant G-Tube.

I'll say this: at $40, the G-Tube changes everything. A new bar has been set.

Like its name suggests, the G-Tube is a cylindrical speaker. It has dual 1.25" drivers in the "center" (not on the ends like some speakers), a sort-of ridged design that allows it to easily be positioned with the audio pointed in a number of directions, and all the controls/ports on either end. The left side houses the volume, play/pause, Bluetooth, and power buttons, while the right side is where the charging port, line-in, and line-out 3.5mm ports are. Yeah, line-out. This is one of the coolest features of the G-Tube: it can receive the audio via Bluetooth, then pump it back out to a set of headphones (or anything else connected to the line-out port). This is one of the first speakers I've seen with this feature, and it's definitely cool...especially considering the Tube's price point.

All of the ports are covered since the speaker is water-resistant. It's not submersible, but it's completely splash-proof, so it's shower and pool-friendly.

But let's be real - you're not here to find out how it looks. 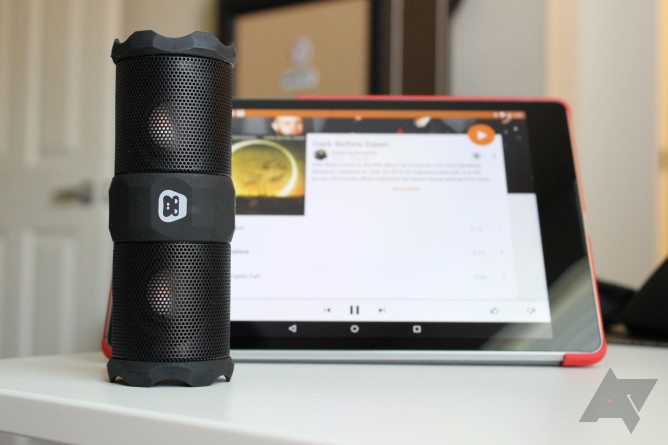 This is easily the most impressive thing about the G-Tube. It sounds freakin' incredible for such a small, affordable speaker. During my testing, I compared it to the UE ROLL ($99), UE BOOM ($199), and Soundfreaq Pocket Kick ($79) - all speakers that at least double the GT's $40 price point. And you know what? It held its own for the most part.

I loved the ROLL when I reviewed it, but honestly it sounds very muffled and lacks definition compared to the G-Tube. On the other side of that, it's got more bass and sounds fuller, so there's a tradeoff. The BOOM sounds better pretty much all around, but it's more than four times the cost of the G-Tube. The Pocket Kick was the closest match, and when it comes down to it, I'd take the GT over the PK pretty much every time since it's water-resistant and also has the line-out feature we talked about earlier. But that's enough comparing. Just know that the G-Tube handles its own against speakers costing twice as much (and more). 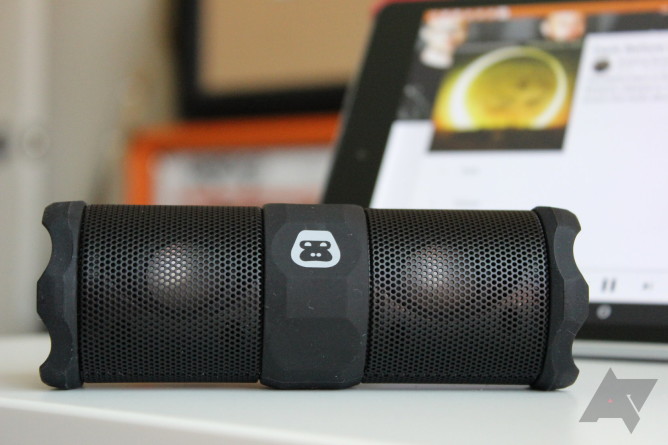 To be so small, the GT has a very decent amount of bass (it doesn't sound tinny at all), but where it really shines is how articulate it is. This is one of the clearest, most well-defined speakers I've ever heard. The treble and mids are balanced almost perfectly, which really lends to an incredibly "pure" sound. Like I said, it doesn't have the strongest lows, but they're definitely present, audible, and easy to pick out. I can't really ask for more from a speaker of this size and price point.

Lastly, I want to touch on battery life. G-Project says the GT should get about 6 hours of life, and listening at around half volume, I got at least that. Just keep in mind that more volume means less battery, so you may want to keep a portable charger around in case you plan on being away from the wall for longer than 5 or 6 hours. 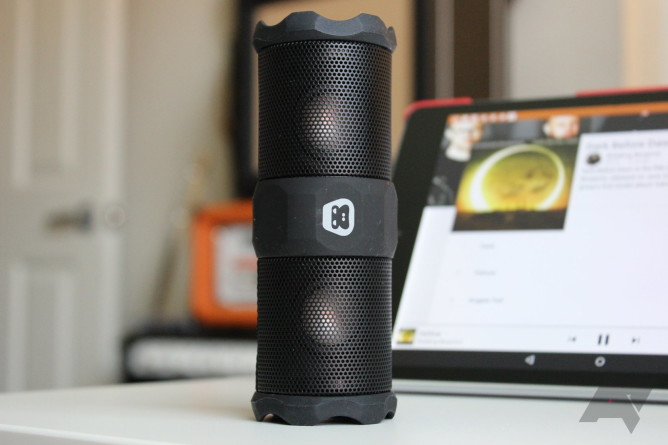 So if you haven't already figured it out, I really love the G-Tube from G-Project. This speaker is without a doubt my new benchmark for speakers up to the hundred-dollar price point. I'm just so impressed with everything that G-Project is able to offer for such a small price (that seems to kind of be their thing, really - look at the G-Boom, for example). Honestly, if you've got $150 to spend, buy one of these and a G-Boom. That should cover all the bases.

For those curious, I always use the same playlist when testing speakers. If you're interested in checking it out, you can find it on Google Play music. I also found that I have one album I can't stop listening to with each new speaker. For the G-Tube, it was Breaking Benjamin's new album, Dark Before Dawn.
subscribe

HowHigh Is Like Foursquare For Stoners, Complete With A "Buzzed" Badge And "Vouching" For Your ...

Chrome Beta v45 Comes With Support For Media Playback System Notifications, Lots Of Under The ...