Android tablet users know what it's like to get stuck with a phone app stretched out to a large display. It's less of an issue today than it used to be, now that smartphones come with 1080p displays and apps sport visual elements that would look crisp on a television screen. But sometimes you're still left with an excess of white space or an interface that you can't spin horizontally, even though that's how you want to hold your tablet.

Well, Yahoo has updated its News Digest app to play along more nicely with Android tablets. The interface still looks similar to the highly stylized experience users have grown accustomed to on their phones, but now it's wider, and you get to swipe left and right.

As for functionality, the experience is still largely the same. You have roughly ten or so main news stories to choose from, which Yahoo updates twice daily.

These changes are already live in the Play Store, so have at it. 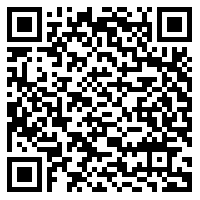 Gabriel Knight: Sins Of The Fathers, Another Classic Adventure Game, Comes To The Play Store