Kodi, also known as the app formerly known as XBMC, has made it to version 15. This evolution comes a little over half a year since the last major release. We're graced with a number of new features, a big one being 4K support on Android devices with capable hardware and a version of Lollipop. Refreshrate switching and HEVC playback are also available on such gadgets.

The changes don't stop there, and since we're talking about a media player, the additions get increasingly specific. For instance, take the new chapter selector window that lets you select chapters in video formats that support them.

Then we have adaptive seeking. This increases the jump forward or backward depending on how many times you press the button.

Videos that contain multiple audio and subtitle choices will provide you with a full list to select from, rather than a spinner. Language translations updates are now dependent on updated add-ons rather than Kodi's release number, and the revisited add-on manager should be easier to browse in general. 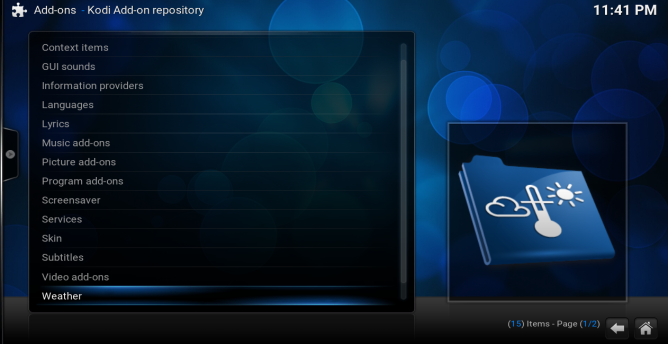 The full changelog is lengthy, so to view it, hit up the detailed blog post below. But since Kodi is now available on the Play Store, you will have to first scroll past our convenient little widget first. And here's a link to APK Mirror if you're still looking to install Kodi manually.

[Hands-On] Plantronics Announces The BackBeat SENSE, A Smart Bluetooth Headset With 18Hrs Of ...

Piloteer Is A Beautiful Physics-Based Jetpack Sim With Punishing Difficulty