After a long period of fundraising and secretive planning, Jet.com has officially launched to the general public. Founded by Quidsi founders and former Amazon employees, the new retailer values one thing over everything else: have the lowest prices on the web and be the lowest by a noticeable margin. While that may sound like the same thing everyone promises, Jet.com has a truly interesting way of making it happen. If Amazon is the Wal-Mart of e-commerce, Jet.com will be more like the Costco.

Check out the YouTube video above for a quick rundown of how it all works. First of all, Jet.com will be a members-only venture. That's why, to start off, everyone gets a free trial. A little later we'll explain how to get an even longer trial period than everyone else.

While the video doesn't really explain it this way, Jet says they do not plan to make money from the products they sell. Go ahead and read that again if you need to. Instead, they say, they will live off of membership fees. You will pay those fees ($49/year) because they will have the best prices and an overall good shopping experience, at least according to their business model.

One of the key pieces of tech behind their pricing is an automated feature that makes sure no other retailer has a lower price than Jet. Every product page will feature a price comparison to Amazon and the ubiquitous "$x.xx off your order" you see is based on how much cheaper than the cheapest competitor it is. An analysis by WellsFargo found that, on average, Jet.com prices are 9% cheaper than Amazon's.

I actually found this a little bit confusing and in a way that makes Jet's prices seem higher than they really are.

Beyond price matching, an algorithm may further lower prices if they can get your order to you more cheaply than the average member. For certain items, prices get even lower as your order grows larger, once again because the per-item shipping cost goes down when there are more items included.

You can also opt out of some standard services that are usually just bundled into the public price. The two Jet emphasizes are free returns and credit card payment. If you are willing to pay to return an item or use a no-fee debit card, that saves Jet money. But since Jet only wants to make money from your membership fee, they pass the savings on to you. In the BLU example above, you'd save $5.46 by waiving free returns.

If you are looking for something Jet.com doesn't stock, you might be able to earn credits toward Jet purchases through partnered retailers. This benefit, called Jet Anywhere, reportedly works with more than 600 stores. 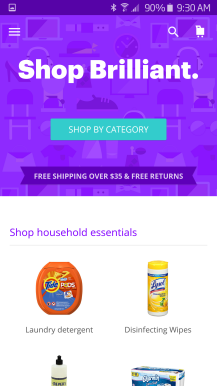 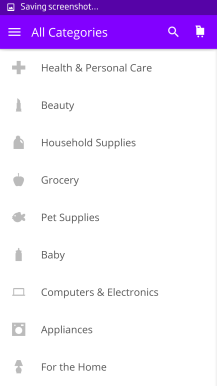 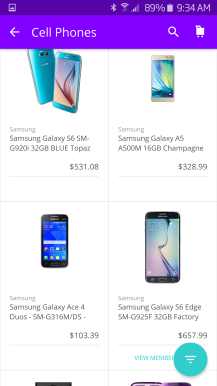 Okay, enough about costs for a second. One of the things maintaining Amazon's position as market leader is the ease of use. Shipping is almost always free and almost always very fast, especially for Prime members.

Jet.com wants to offer a similarly positive experience, promising free 2-day shipping for "the basics" and free 2-5 day shipping for almost everything else when your total order is $35. Shipping time will depend on a lot of factors, including your location and the third party that Jet is using to give you your item. If they are out of stock, Jet will actually buy the item through another retailer and pay the difference on your behalf; if you receive a box without Jet's branding, that's probably why.

To the surprise of no one, the jury is out on Jet.com. There's a promising business plan and a slick-looking end product, but will people understand the benefits and bother to change existing habits? We'll see. The barrier to entry is low, though.

Google Ventures was kind enough to share a promo code that gets you a free year of Jet.com membership, far exceeding the three months marketed to the general public. Use the code GV0721J to redeem. You can sign up now and the trial won't start until you make your first order. 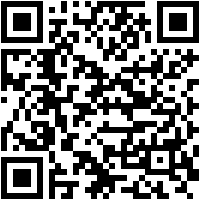 Sony Starts To Roll Android 5.1 For The Xperia Z3 And Z2 Series Of Phones And Tablets

Because Your Phone Works Way Too Hard, You Should Let It Rest In This Ridiculous $99 Sofa And ...