Even if you figure out which way the connector plugs into your phone, it's still plugging in, right? That's awkward to do with one hand and provides a great way to get your phone yanked off the table if you trip over the cord. Znaps is a product that's currently tearing it up on Kickstarter that could make everything better. For $9 you get a tiny magnetic adapter that makes plugging in your phone a snap, er—Znap. Whatever.

The Znaps adapter consists of two pieces—there's a microUSB plug that goes into the phone and a magnetic cover for your existing cable. The plug portion is just the plug and a flat magnetic surface for the adapter to link up with. Just get them in the same neighborhood, and bam, the plug grabs the cable. Just give the phone a yank and the cable comes loose. It's essentially a MagSafe connector for your phone. 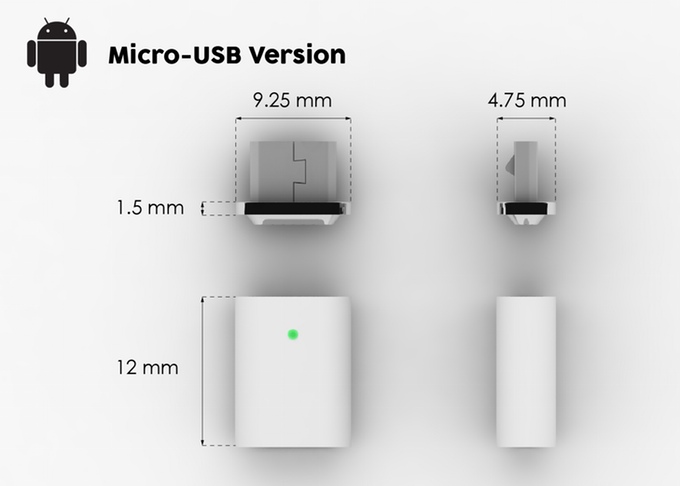 The idea is that you'll leave the plug in your phone all the time, so you can easily attach the cable. It only protrudes 1.5mm from the bottom of the device, so it shouldn't interfere with any cases you have. It seems like a really clever idea, but I can see a few ways it might be annoying. For one, if you need to use another cable you have to pry the plug out. Then there's the upcoming USB Type-C standard. Presumably Znaps will have a Type-C option at some point, but not right now. It supports both power and data, but the campaign doesn't mention how fast either is with Znaps.

If you want to get your hands on one of these connectors, it'll be $9 ($11 CAD) for a single plug/adapter combo. The $120,000 (CAD) funding goal has already been met, so this is happening. The campaign goes for another month, and Znaps should ship in December. Maybe just in time for you to get a shiny new Type-C phone?

Hulu May Be Getting A Completely Commercial-Free Subscription Option This Fall - Could Cost ...