With all the rumors and now some FCC documents to go on, it seems a foregone conclusion that Samsung will be releasing a larger version of the Galaxy S6 Edge called the S6 Edge Plus. Now there are a few leaked images that seem to show a dummy Edge Plus unit, which gives you a good idea what the real device will look like. It's sitting next to a Note 4 dummy in the pics to illustrate the increased size. 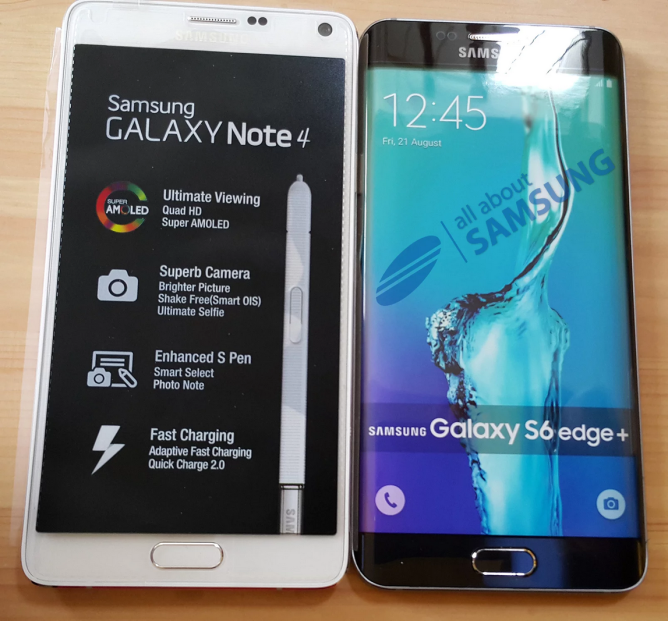 So what is it? Take a Galaxy S6 Edge and make it a little bigger. Maybe that's all it will take to make people flip out and throw more money at Samsung, though. The leak claims the GS6 Edge Plus will have a 5.7-inch screen and an Exynos 7420 ARM chip, just like the regular GS6 Edge. Other rumors have claimed it'll be a Snapdragon 808.

Note the date on the dummy's screen is August 21st, which is the rumored release date for the Note 5 and Edge Plus.

Google Wins Yet Another Dismissal Of Privacy Lawsuit, This Time Is Probably For Good