Version 4.9 of the Google app began rolling out late yesterday, but it's not sporting a lot of obvious additions. The only immediately visible changes appear under Settings -> Now cards, where a new toggle has been added to enable or disable lock screen notifications based on cards. Some updated text also appears below the new toggle, if you care about that sort of thing. 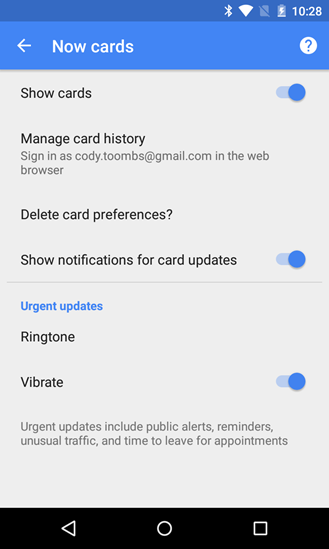 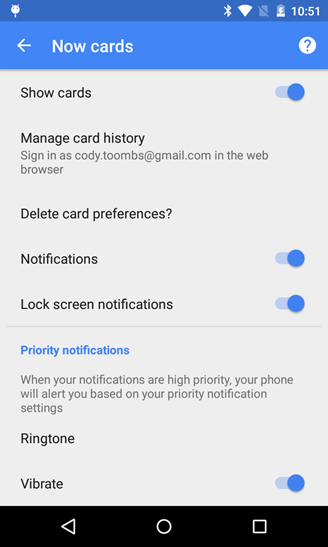 The existing Notifications toggle gave users the option to determine whether cards from Google Now could occupy space in the notification shade. The new toggle brings a little more control by allowing notifications to appear in the shade without being shown on the lock screen where they could potentially overwhelm more important notifications. I would have preferred to see granular, per-app controls for this setting, like those added in Lollipop (under Settings -> Sound & notifications -> App notifications), but maybe that will come in a future update.

You know how Google is trying to give you shortcuts to apps you use all the time? Oh, you hate that? Really? I think it's cool, but I guess it's not to everybody's taste. Anyway, it looks like a new setting will allow us to turn this off, if we want to. Switching off suggestions will erase any data collected regarding installed apps and usage patterns. 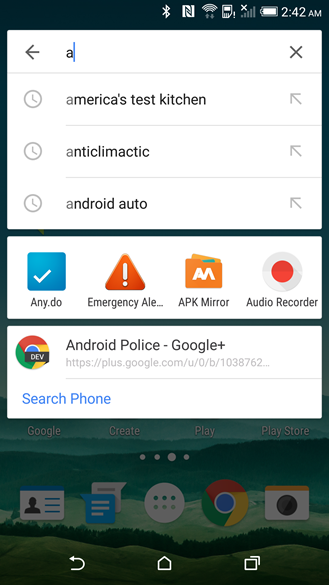 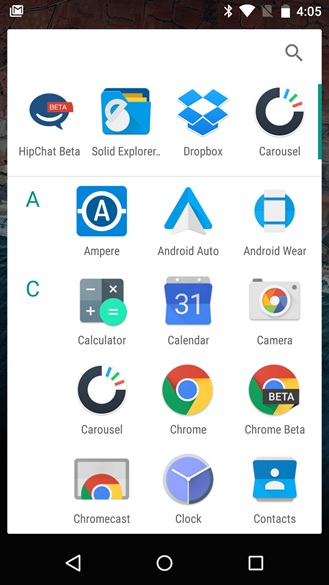 I'm not sure if this is intended to shut off app suggestions that surface through the search bar or those that appear at the top of the app drawer in Android M, or possibly both. Either way, the option doesn't seem to appear on Lollipop, and I haven't tried downgrading the included Google app on an Android M device, but I expect the setting simply isn't available yet. Either way, I doubt there will be that many people taking advantage of the option, but just know it's on the way if you want it.

These are the only changes we've seen, but there may be a few more lurking around. Keep an eye out for anything out of the ordinary and let us know in the comments if you see anything.

VLC For Android Beta 1.5 Gets Fewer Permissions, More Material, Video Playlists, And Some Other ...