Despite a fall from grace after numerous ill-advised cash-ins, Rovio's Angry Birds series remains synonymous with blockbusting success in mobile gaming. The franchise has had no less than fourteen official entries since its inception in 2009, including licensed versions for Transformers, Rio, and Star Wars, spin-offs starring the antagonist pigs and the Pink Bird Stella, and an utter embarrassment of a match-three game. Now, for the very first time, Angry Birds is getting its first direct and complete sequel.

Rovio made the announcement this morning.

With 3 billion game downloads, millions of fans across the globe, multiple mashups and spin-offs, collaborations with A-list celebrities and much more, we’re really proud that Angry Birds is the mother of all mobile game apps. And now we’re proud to announce the mother of all sequels – Angry Birds 2! ...Angry Birds 2 flocks into app stores worldwide on July 30. Get ready to fall in love again!

Details are scarce. The company did release a poster and a countdown website, but aside from new art with the various Birds making constipated faces, there's no hint as to what new ideas (if any) might be on display in the sequel. The art looks a little more refined, perhaps to better fit into the movie which is (amazingly) still set for theatrical release next year. 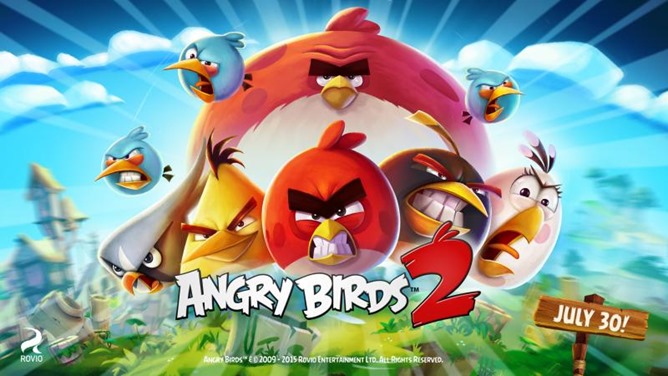 Speaking as someone who thinks the series never got better than Angry Birds Space, I'm curious, but not overly hopeful. If Rovio tries to shove the power system from Angry Birds Go and later spin-offs into the sequel, complete with $100 in-app purchases, you might as well close the coffin lid on the franchise right then and there.

Audio Hardware Company Marshall Announces Its Own 'London' Smartphone, And It Actually Looks ...