Motorola has something to announce later this month, and it's teasing it in a bizarre fashion. According to the Moto blog, "a better mobile relationship is headed your way." Whatever romantic entanglement Motorola has planned, we'll find out on July 28th. 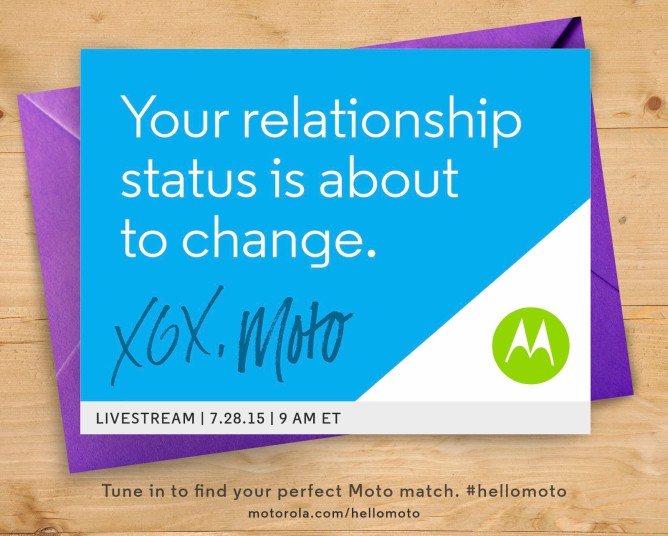 The blog post offers no details, but we can certainly speculate. This is probably going to be some sort of phone announcement with Moto Maker. That means it could be a new Moto X, Moto G, or maybe both. We recently saw a leak of the updated Moto G with Moto Maker-style customization. It would be a little early for a new Moto X, but that's not out of the question.

Whatever's going on, we'll find out July 28th. And yes, that's the day after the OnePlus 2 announcement. Moov Announces 'MOOV NOW,' And It Basically Improves Everything Over The First One